Back to Journal
Posted in Activism , Field Trips

We are making a Sea Shepherd documentary

In December 2018, we left our print studio behind to head to San Felipe, a small fishing town where we boarded the M/V Farley Mowat with Sea Shepherd.

We wrote about this in our previous article, Experiencing Life as a Sea Shepherd. And now we are making a film.

We were accompanied by wildlife cinematographer Max Smith, who spent the time documenting the working operations of Operation Milagro as the crew of ocean activists tirelessly worked to remove the illegal gillnets that haunt the Sea of Cortez.

Caught up in a tale of greed and corruption, we witnessed a battle between Sea Shepherd and the poachers, backed by the Mexican cartel, who are trapping and suffocating countless marine animals. 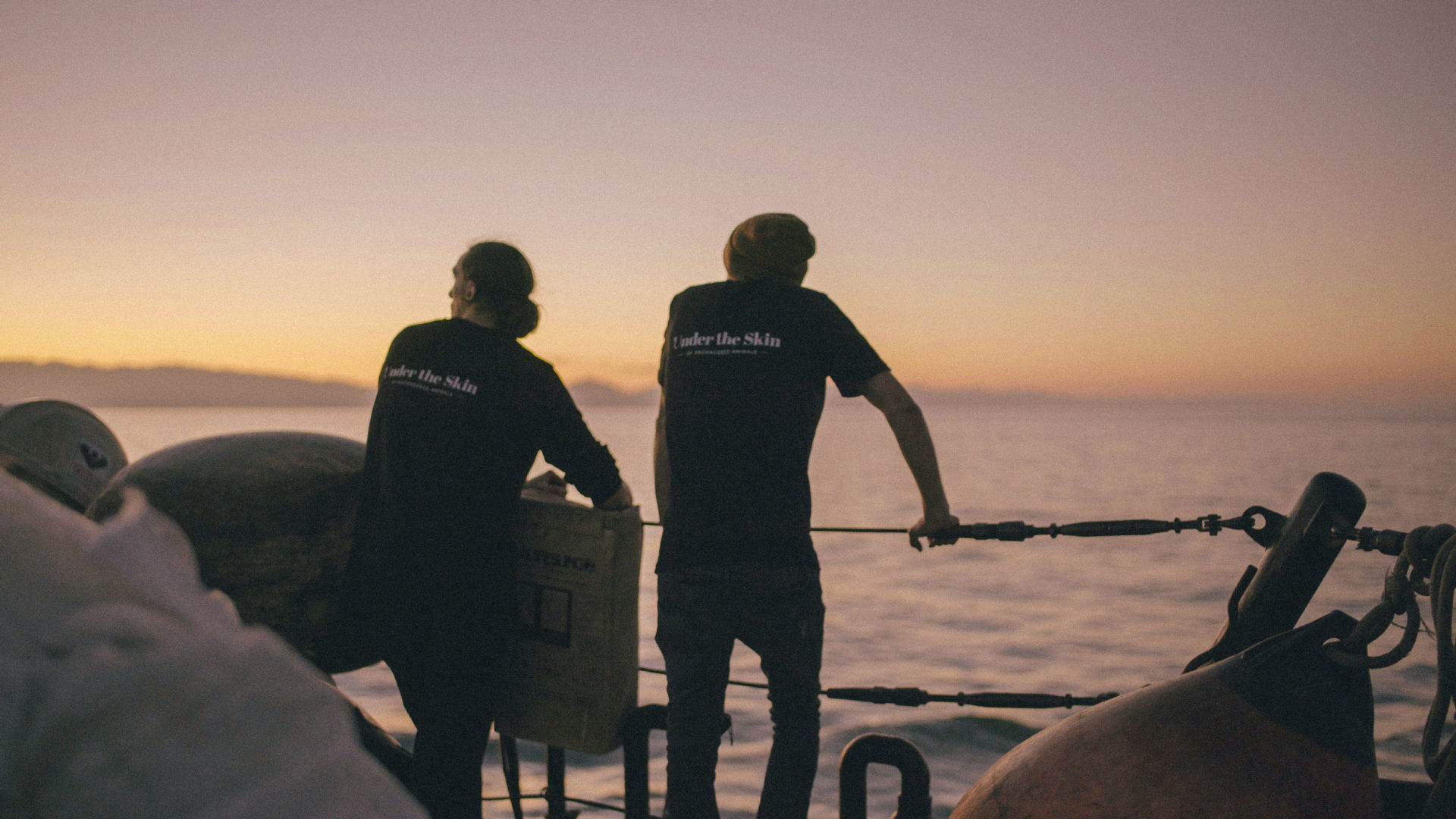 Our trip to Mexico feels like a lifetime ago now.

It’s hard to put into words what we witnessed, felt, and learnt during our time away. But luckily, we have hours and hours of documented footage; from stunning marine wildlife to in-depth interviews with the crew. And once we got back home to the UK, we had the thankless, intimidating task of plugging in the bank of hard drives and trawling through the archives of footage.

But luckily we had a new recruit who was just the man to help us with the job – friend, filmmaker and longtime Under the Skin collaborator Luke Ripley. 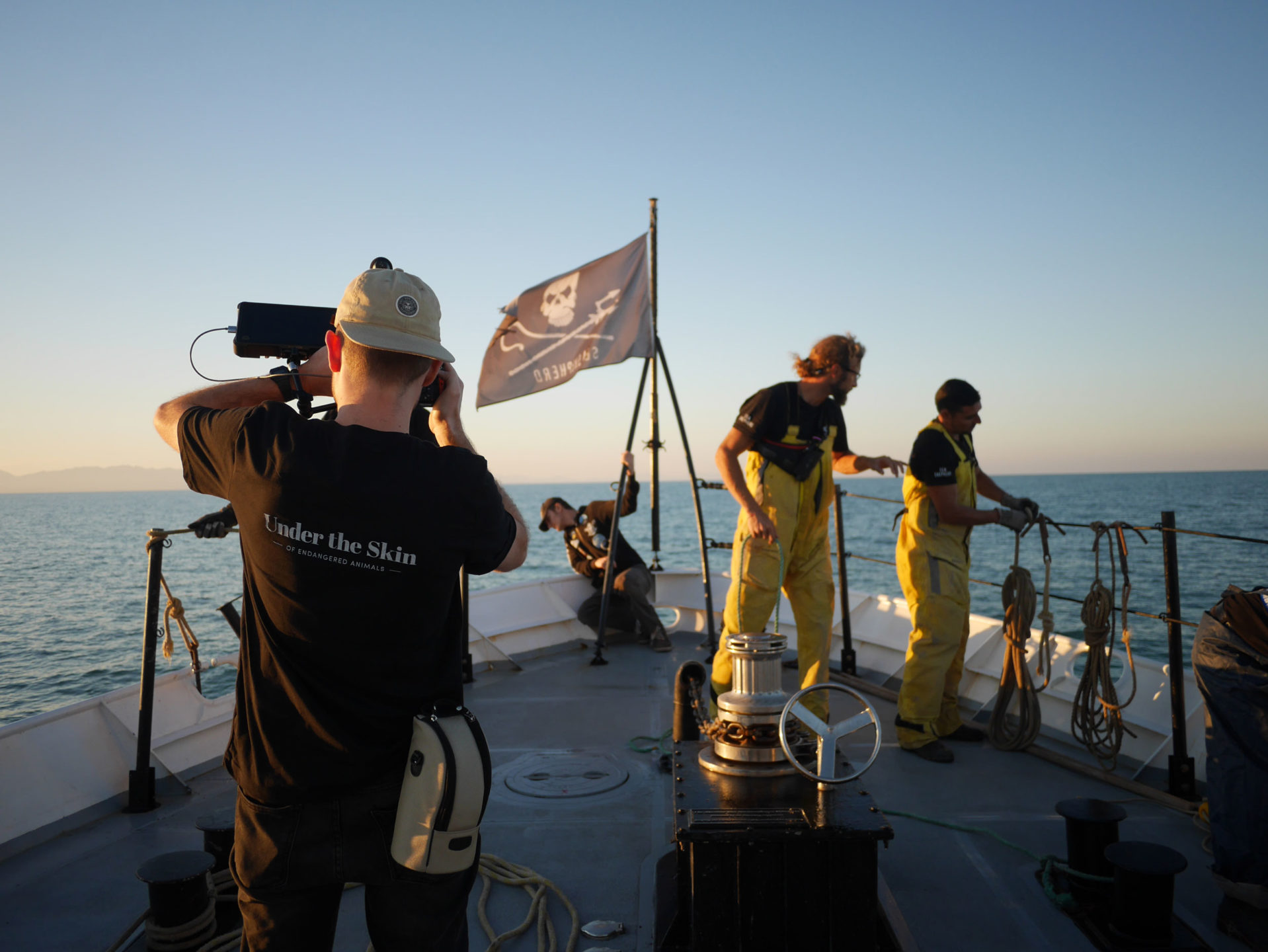 Max Smith behind the lens on the Sea Shepherd vessel in December 2018. Now that we are home, we are working together to trawl through the archives of footage for the documentary.

Luke and Max worked together to pull out the very best footage from the trip. This ultimately formed the foundations of our storyboard for the documentary. And during this storyboarding process, which we have now begun, we will begin crafting a narrative that will carry our audience through the journey with us, our journey as brothers and wildlife artists trying to take action to help save the most endangered marine mammal on the planet.

The whole film is going to be backed by a seamless ocean-inspired film score by the talented musician and environmental activist Tagore Chayne. 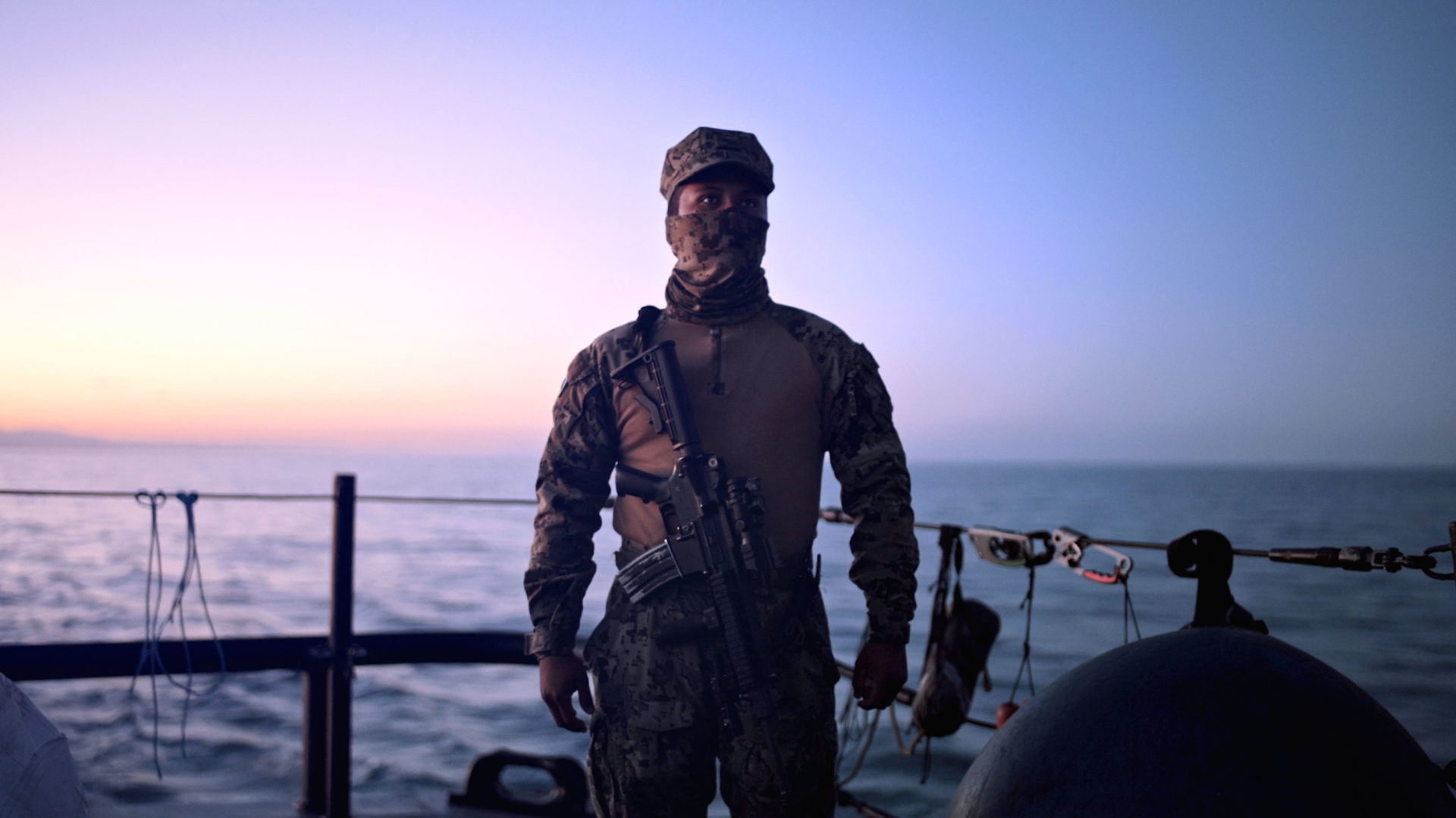 The story of the Vaquita Porpoise is a powerful, heartbreaking one that needs to be heard.

It has captivated the hearts and minds of several world-class filmmakers in the past, most notably Richard Ladkani in the film Sea of Shadows. So to create a film on the same story was an intimidating feat, to say the least. But in the words of Robin Wall Kimmerer, author of Braiding Sweetgrass, “Imagination is one of our most powerful tools.”

Our team are collaborating together to create a film with an original angle that will document the conservation work of Sea Shepherd whilst sharing a unique empowering takeaway message that will leave an audience feeling hopeful rather than depressed and powerless in the face of today’s mass extinction event.

This is a daunting challenge, especially since we are intertwining it with a story about the most endangered marine mammal on the planet…

Imagination is one of our most powerful tools.

We are now months into editing and re-editing scripts and interviews, crafting a narrative with a powerful universal message at its core.

Today, we live in a world full of depressing news headlines and tragic conservation stories. But it’s more important than ever that we don’t get paralyzed into inaction. We can all make a difference in our own way, no matter what our job, profession, skill, or background, and there has never been a more vital yet exciting time for all of us to contribute our unique voice to the conservation movement. 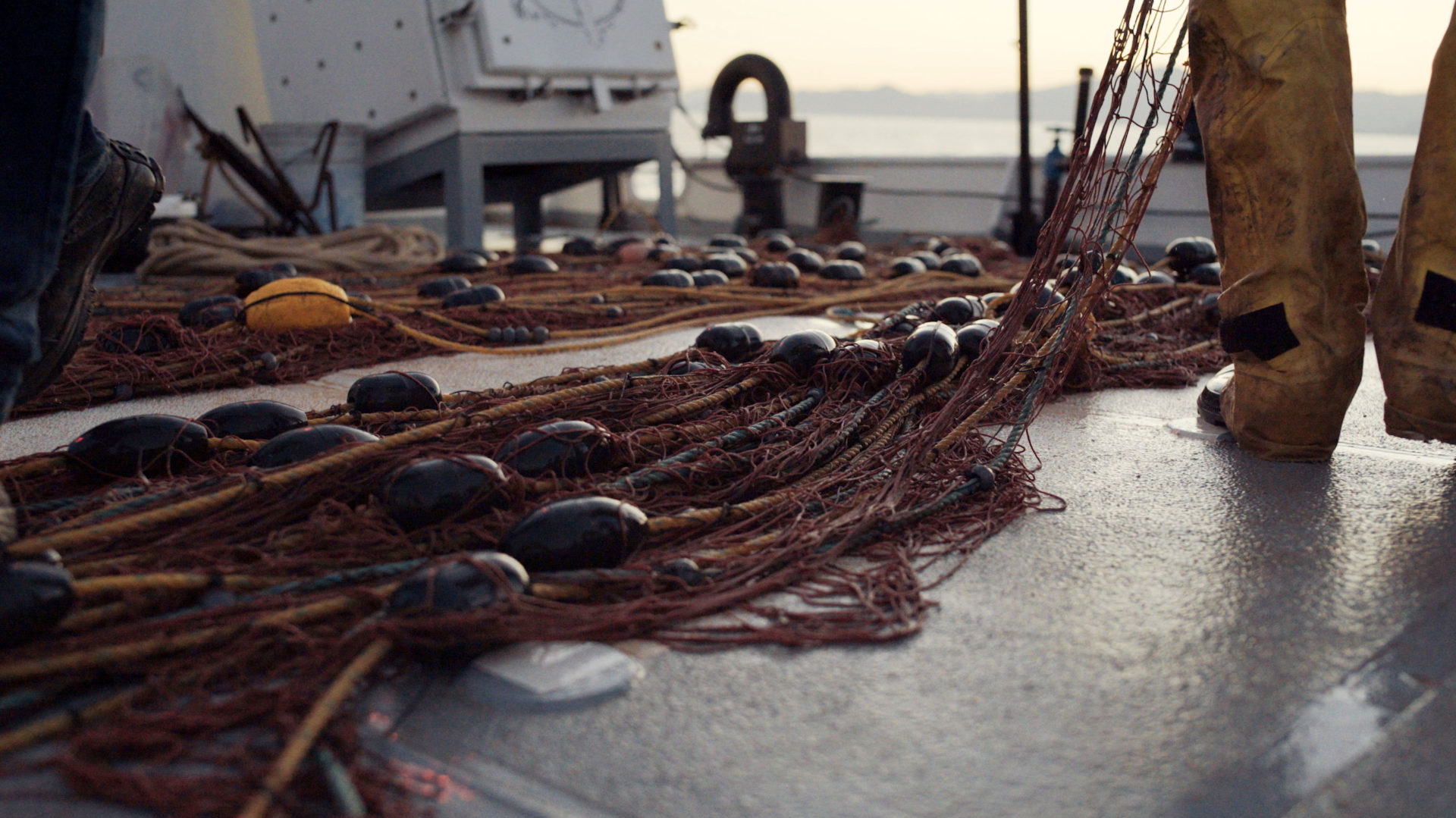 We hope that this film will raise awareness of the critically endangered Vaquita and highlight the vital importance of the conservation work Sea Shepherd are doing to protect countless marine species around the world. But more important than this, we aim to create a film narrative that empowers every person who watches it, to take action with their own unique voice—a film that will resonate and inspire a wide variety of people who may not necessarily know the importance of conservation work, especially the younger generation. 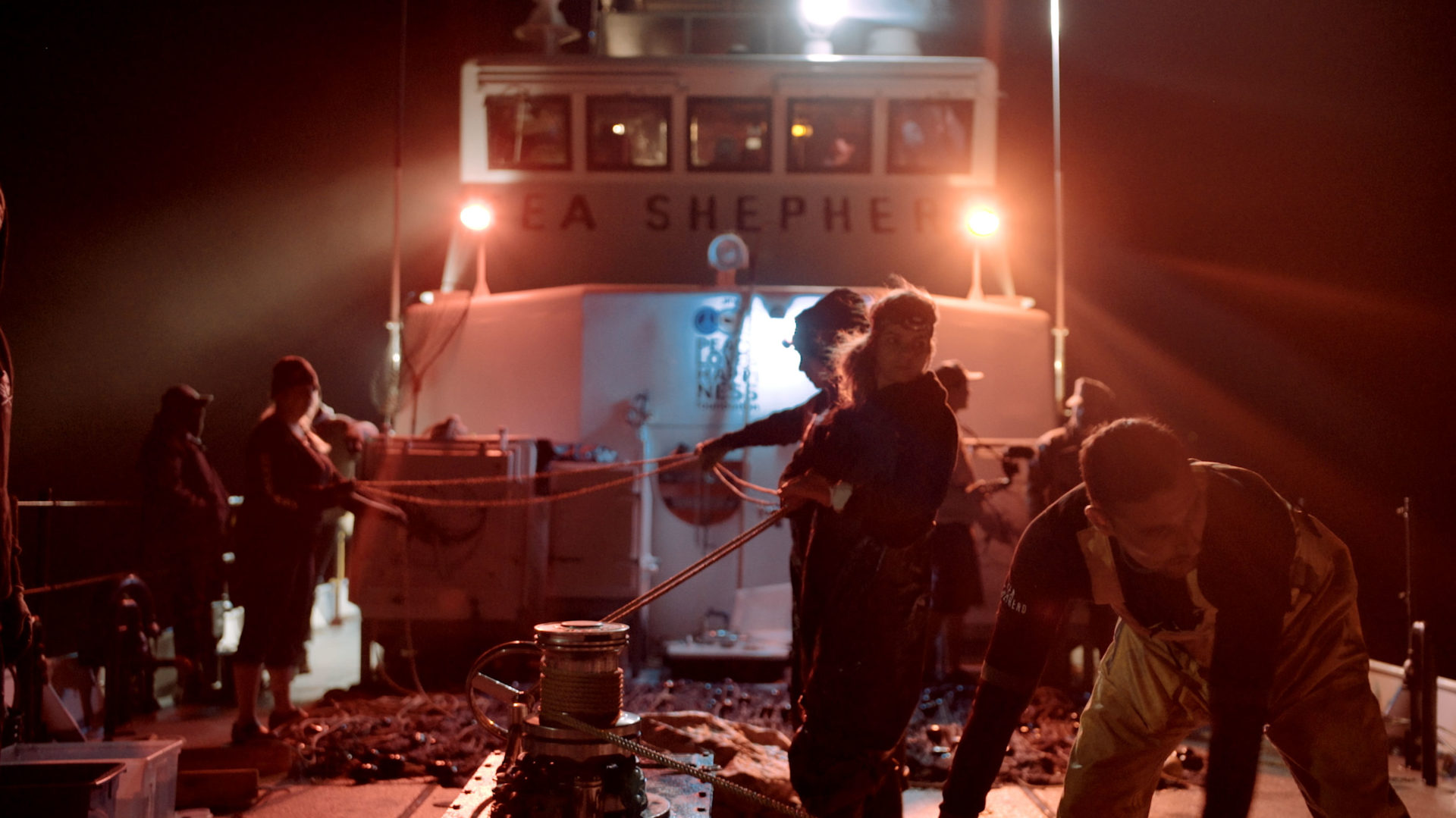 We have a long way to go (making a documentary is a mammoth task) but we believe this is going to be one of the most meaningful and powerful pieces of work we have ever created.

There has never been a more relevant time to share these messages with filmmakers and non-filmmakers alike. And cannot wait to share the outcome with you once it’s finished.