Black Lives Matter: Sharing the mic with Adenike - Under the Skin of Endangered Animals 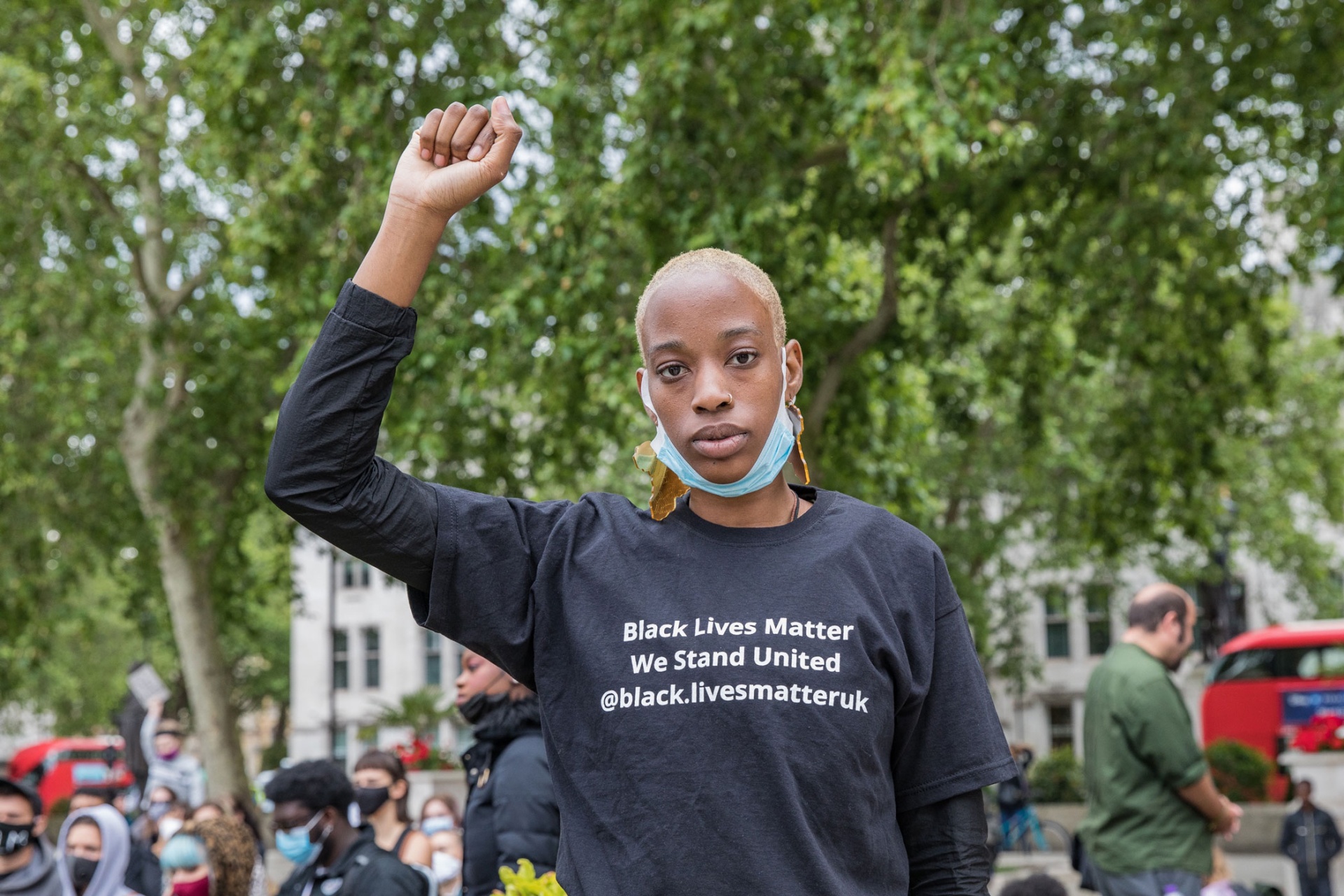 Back to Journal
Posted in Activism , Interviews

While conservation is our primary focus at Under The Skin, every now and then a movement comes along that demands our attention and forces us to consider other problems that society faces. Black Lives Matter is one such movement.

Like so many others, we have committed to educating ourselves further about the injustices faced by people of colour all over the world. One way of doing this is to hear the stories of those on the front lines of the battle against racism – activists who strive for change and understand what it will take for society to evolve beyond the discrimination that remains prevalent across the globe.

Adenike is one such activist. As well as being a prominent voice in the Black Lives Matter movement, she’s also a strong advocate for environmental causes such as Extinction Rebellion. In the following interview, Adenike shares her story as an activist fighting for both equal rights and environmental protection.

Hi Adenike. Where did your journey into activism begin?

It began last year, when my friends took me to my first ever protest: an animal rights march with Extinction Rebellion. The experience changed my whole mindset and opened my eyes to what I can do to help our community. I’m glad I went; if I hadn’t, I wouldn’t be the person I am today. 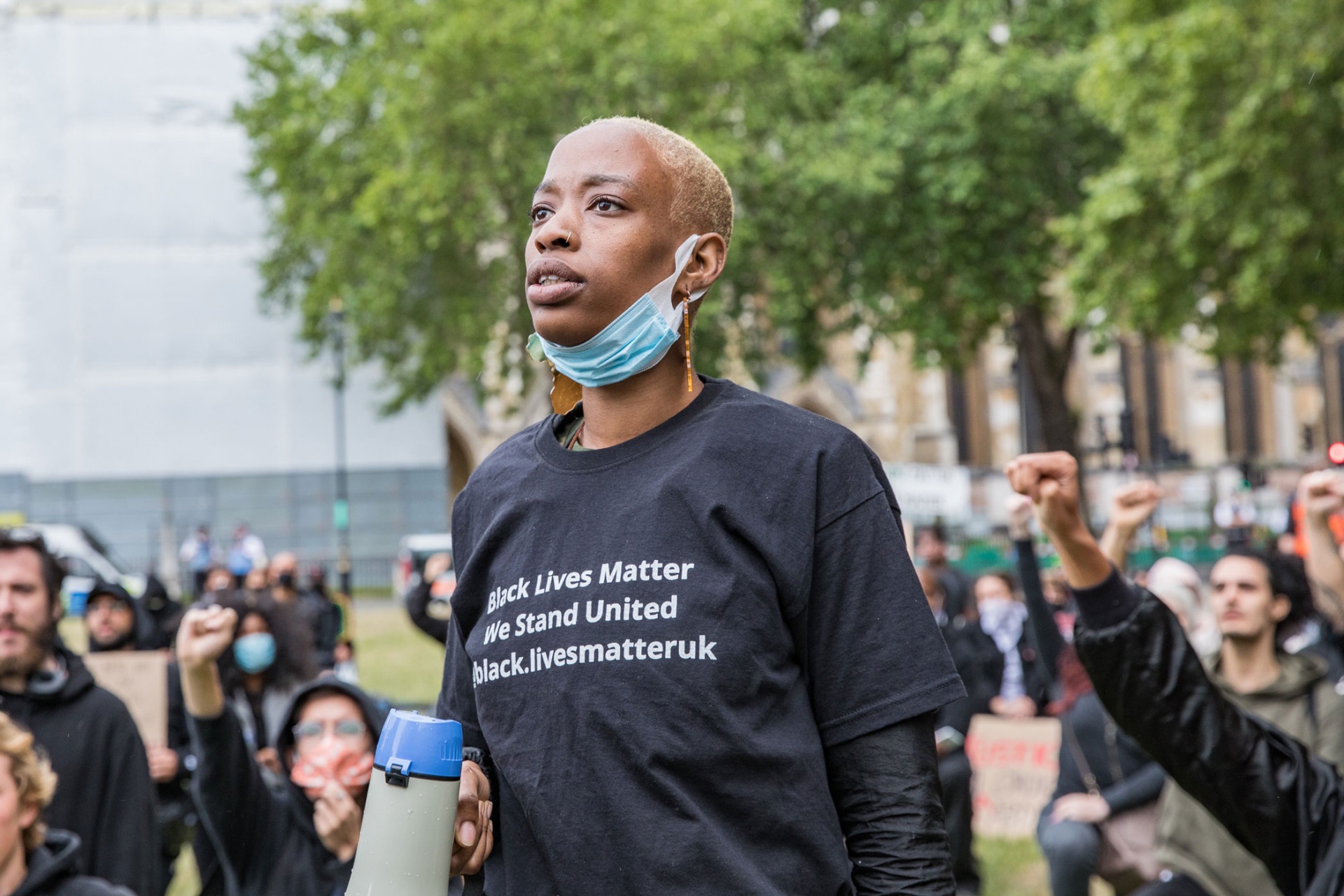 What causes do you care most about?

I’m an all-rounder activist. I have spent the past year getting involved in environmental and animal rights demonstrations, but right now I’m focusing on the black community. We are not seen as people to the systems of power in our society. They don’t seem to care about us even though we’re simply fighting for what is right.

How has being a black woman in the UK shaped your political and personal view of the world?

As a child I was always eager to find out more about my history as a black female. Now, as an activist, I’m able to come out of my shell and express how I feel within a system that alienates the black community and does not consider us equal compared to other ethnic groups. It’s disgusting – the discrimination we face seems to be for no reason other than to purposely choose to hate us. I will continue to fight for all my black brothers and sisters including our ancestors. 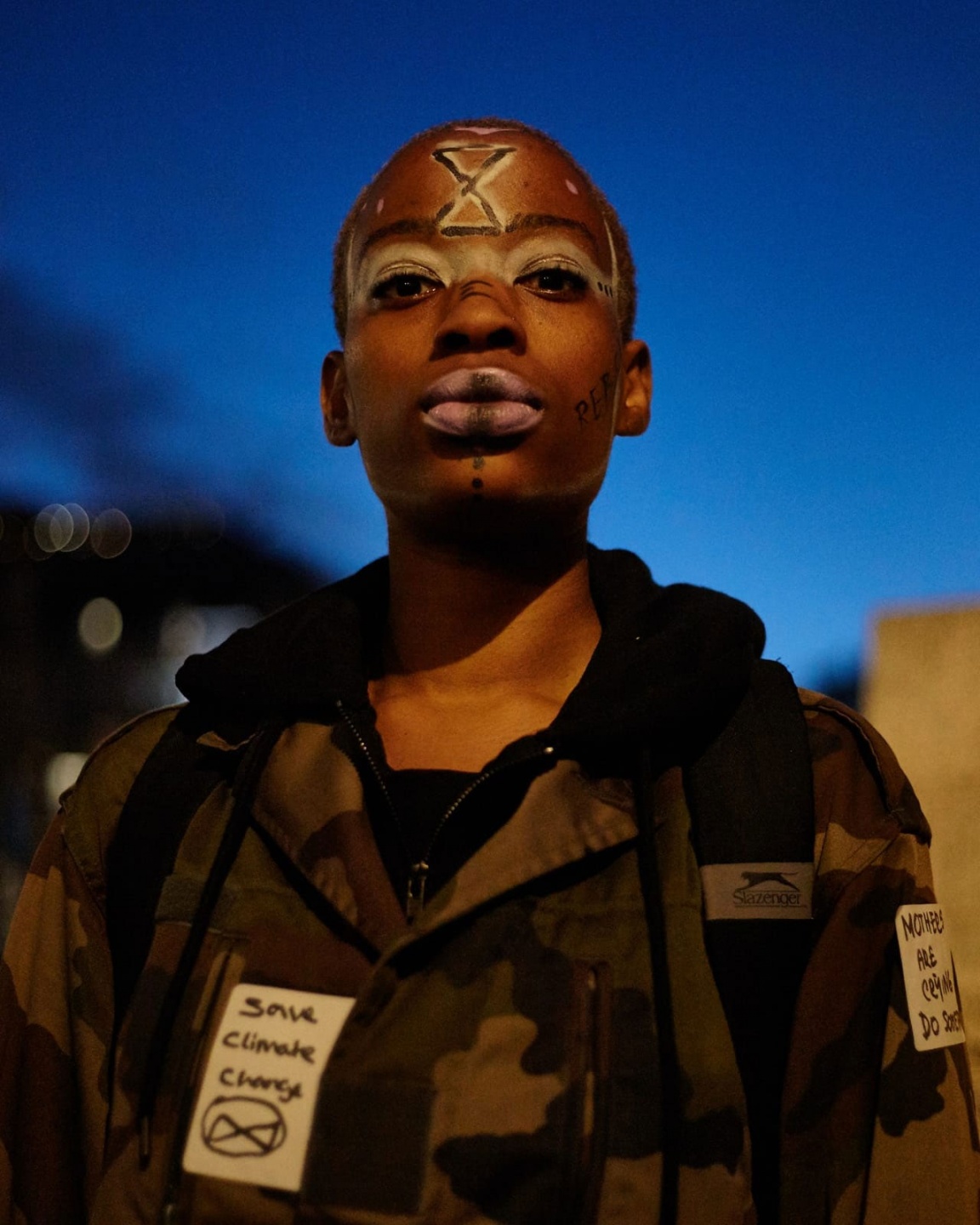 Adenike taking to the streets with Extinction Rebellion.

What’s the role of veganism in your life? Where did it stem from?

I always had problems digesting meat as a child. When I was in secondary school one of my teachers introduced the idea that “you are what you eat”, which really stuck with me. I was curious to find out what that statement means, and she explained it very well. At that moment I realised that I need to be more mindful of what I’m consuming, and I became a vegetarian for the next 10 years.

In 2017 I became really sick with symptoms like heartburn, vomiting, weight loss and migraines. Nothing I ate would stay in my system. This went on for three months before I said “enough is enough” and changed my diet. After a couple of weeks, I went back to the doctors to re-do my tests and soon received a phone call to tell me I’d got the all clear. They were so surprised and asked how I done it. My response was that I had switched to a vegan diet.

As well as becoming vegan for health reasons, I wanted to do something to react against the animal slaughter industry. I’ve never looked back since! 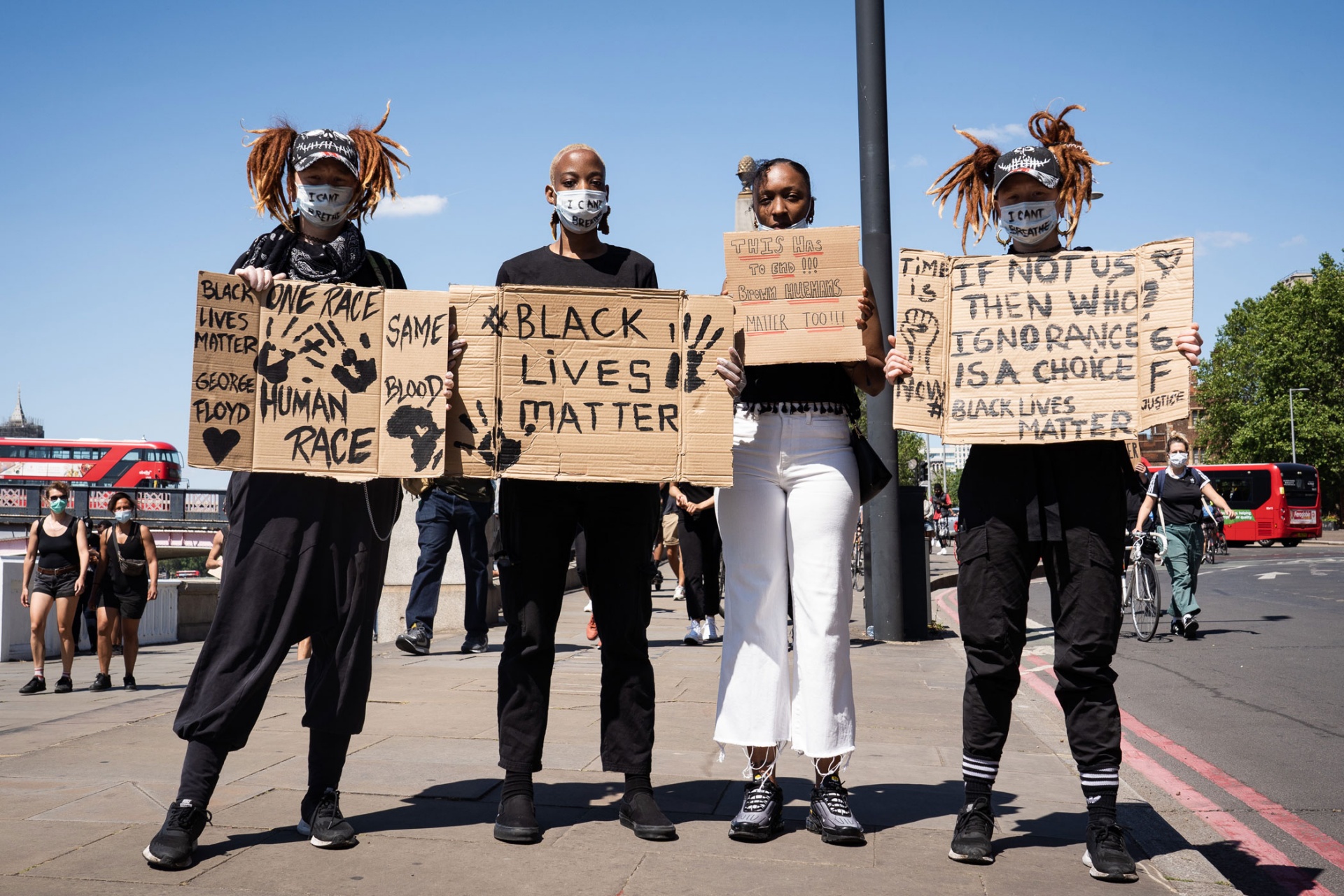 Do you see crossovers between the environmental and social injustices in our society?

Both social and environmental justice work are sensitive to power issues. They are both very important to address in society, so of course there is a link between the two. We need to address these power issues through our work as activists. This is why I am spending my time actively demonstrating for Black Lives Matter and Extinction Rebellion.

Social and environmental justice work are sensitive to power issues. They are both very important to address in society, so of course there is a link between the two. We need to address these power issues through our work as activists.

Many people view Extinction Rebellion as an angry movement. Do you think this is a fair reflection of your experiences on the ground?

No, l have to disagree on that. From my experience it’s a very peaceful, moving and inspiring group of people. That said, there are occasionally individuals who attend protests with no intention other than to cause trouble.

Talking of protests, we saw that you attended Extinction Rebellion Uprising in London last autumn. How did it go? Did you leave the weeklong demonstration feeling deflated or hopeful?

You should have come and said hello! I protested for about two weeks. It was mind-blowing seeing different people from all walks of life join together to make positive change for the planet. I left feeling so inspired, excited and glad that I had attended the event. 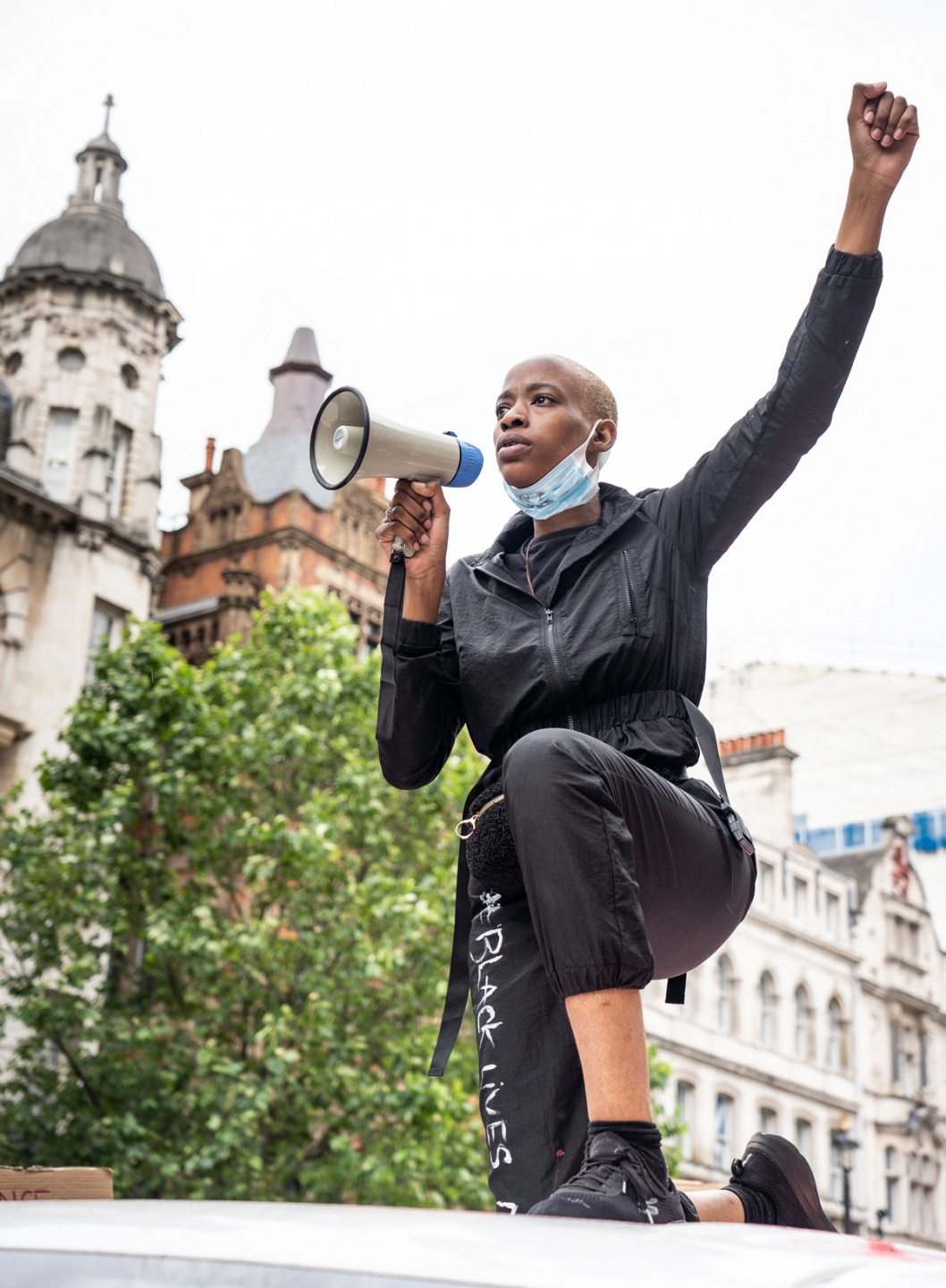 We’ll say hello next time for sure! What would you like to say to anyone feeling overwhelmed, unmotivated or powerless in the face of both racial inequality and the climate emergency?

Don’t dwell on negative things too much. Educating yourself is key. Learn something new that you’ve never thought about. Create your own vision board, meditate, eat healthy, exercise, connect with friends and discuss the issues you think are most important.

Finally, where can we find you online?

If you were inspired by this article, consider taking the following actions to support the Black Lives Matter movement: