The Darwin-Wallace Theory: The Theory of Natural Selection - Under the Skin of Endangered Animals

Back to Journal
Posted in Nature School

The Darwin-Wallace Theory: The Theory of Natural Selection

We share a snippet of an article from ‘The Wallace Series’ booklets, written by Rachel Taylor, editor of Another Escape and collaborator on our latest print series dedicated to the great British explorer, biolologist and naturalist Alfred Russel Wallace.

Having travelled weeks by steamer ship across half the globe, a letter sealed in the tropics found its way to English naturalist, geologist and biologist Charles Darwin. Signed by Alfred Russel Wallace, the letter outlined Wallace’s ideas on the theory of evolution by natural selection.

Like Wallace, Darwin had spent large amounts of time exploring distant and remote lands. Aboard the HMS Beagle, a British Royal Navy vessel on a survey expedition circumnavigating the globe, Darwin spent five years from 1831-1836 as an on-board naturalist and geologist, travelling across the Atlantic Ocean, around South America to the Galápagos Islands, west to Tahiti, New Zealand and Australia, across the Indian Ocean, around Africa to South America again, to finally head north towards Europe. The fossils he found and the species he encountered on foreign shores intrigued Darwin, and he started to consider his findings in relation to the great unsolved mystery of the time: the theory of evolution. Upon his return to Great Britain, Darwin began quietly processing his notes, furthering his research and formulating theories on how evolutionary change may take place.

Wallace used his incredible discovery of The Wallace Line, as it is known today, and the separation between faunal regions to reach his theory of evolution through natural selection.

Over twenty years later in 1858, whilst travelling the many islands of the Malay Archipelago, Wallace began conceiving his own theories. Knowing from earlier correspondence with Darwin that he shared his interest in evolutionary science, Wallace mailed an essay to Darwin outlining his ideas. Darwin was astounded; Wallace’s theories almost exactly mirrored his own.

Both men believed that species descend from common ancestors, and they determined that species evolve through their ‘struggle for existence’. This theory explained that individuals most suited to their environment are most likely to survive and pass on their desirable traits to their offspring, making those traits more common within the species over generations.

Wallace and Darwin had the upmost admiration and respect for one another, and both men did independently conceive of the theory of evolution through natural selection. Illustration credit: Ed Harrison

Shortly after the arrival of Wallace’s letter, it was arranged for Wallace’s essay and extracts from Darwin’s manuscripts to be read together as the Darwin-Wallace paper to the scientific community at the Linnean Society of London, first introducing the theory of evolution through natural selection.

During Wallace’s lifetime he was highly celebrated as a scientist and visionary, however in later years there has been much debate over Darwin eclipsing Wallace in the history books. Wallace and Darwin had the upmost admiration and respect for one another, and both men did independently conceive of the theory of evolution through natural selection; however, it was Darwin’s seminal works On the Origin of Species, published a little over a year after the Darwin-Wallace paper was presented, that formed the foundation of evolutionary biology and turned public opinion on how species change over time. At the same time, on the other side of the world, Wallace continued his travels and fieldwork and focussed on his studies on biogeography.

This article was created in collaboration with Another Escape as part of ‘The Wallace Series’, our curated selection of endangered animal prints that pay homage to the great British explorer, biologist and naturalist Alfred Russel Wallace. 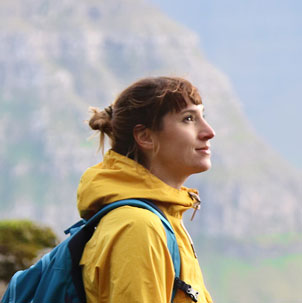