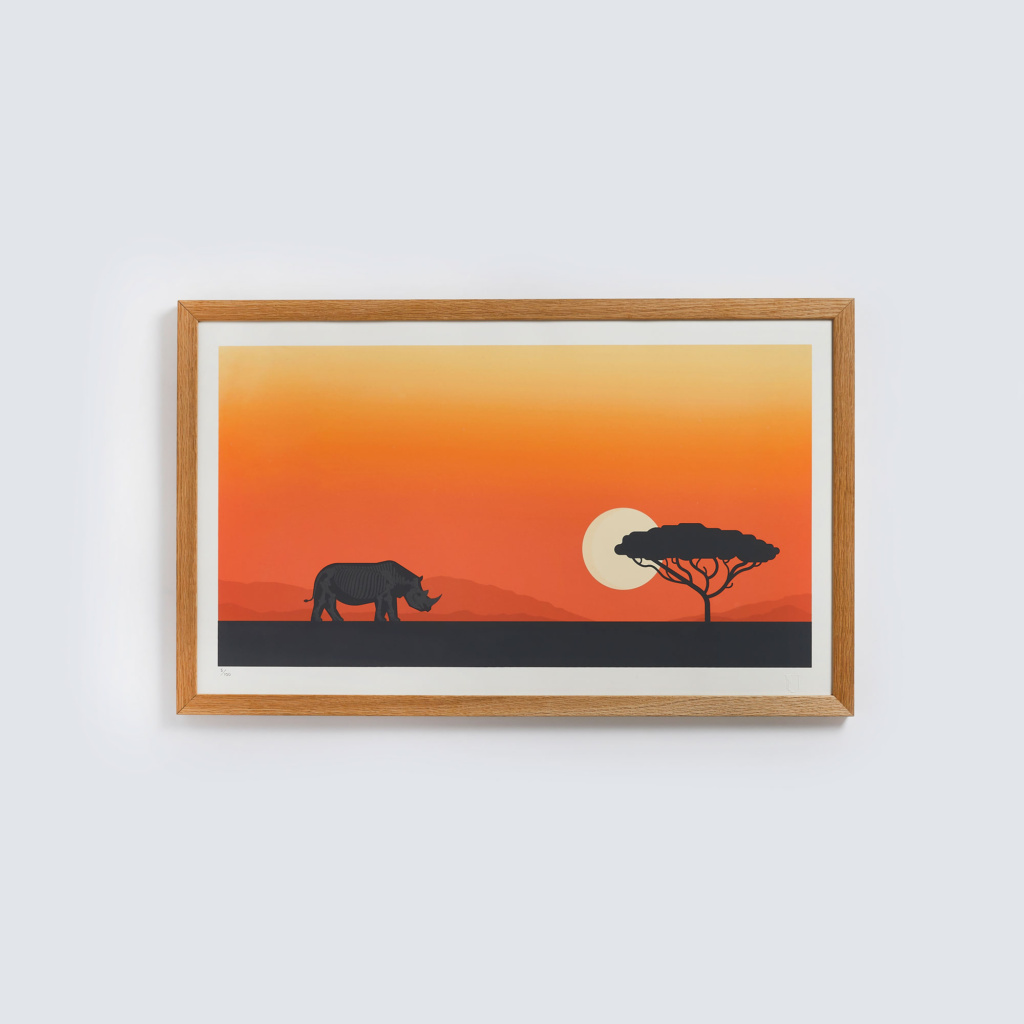 Following the passing of Sudan, the last male Northern White Rhino, we created a unique, handcrafted screeenprint in exclusive partnership with Ol Pejeta to pay tribute to this species bound for extinction.

Following the passing of the last male Northern White Rhino, we created a unique screen print that pays tribute to this species bound for extinction. 20% of proceeds go to Ol Pejeta Conservancy which cares for the two remaining female rhinos.

The last two female members of their species, Najin and Fatu (mother and daughter) reside together on Ol Pejeta. Today, Ol Pejeta is the largest black rhino sanctuary in east Africa. It is a sanctuary established to rehabilitate animals rescued from the black market. It has some of the highest predator densities in Kenya, and still manages a very successful livestock programme. 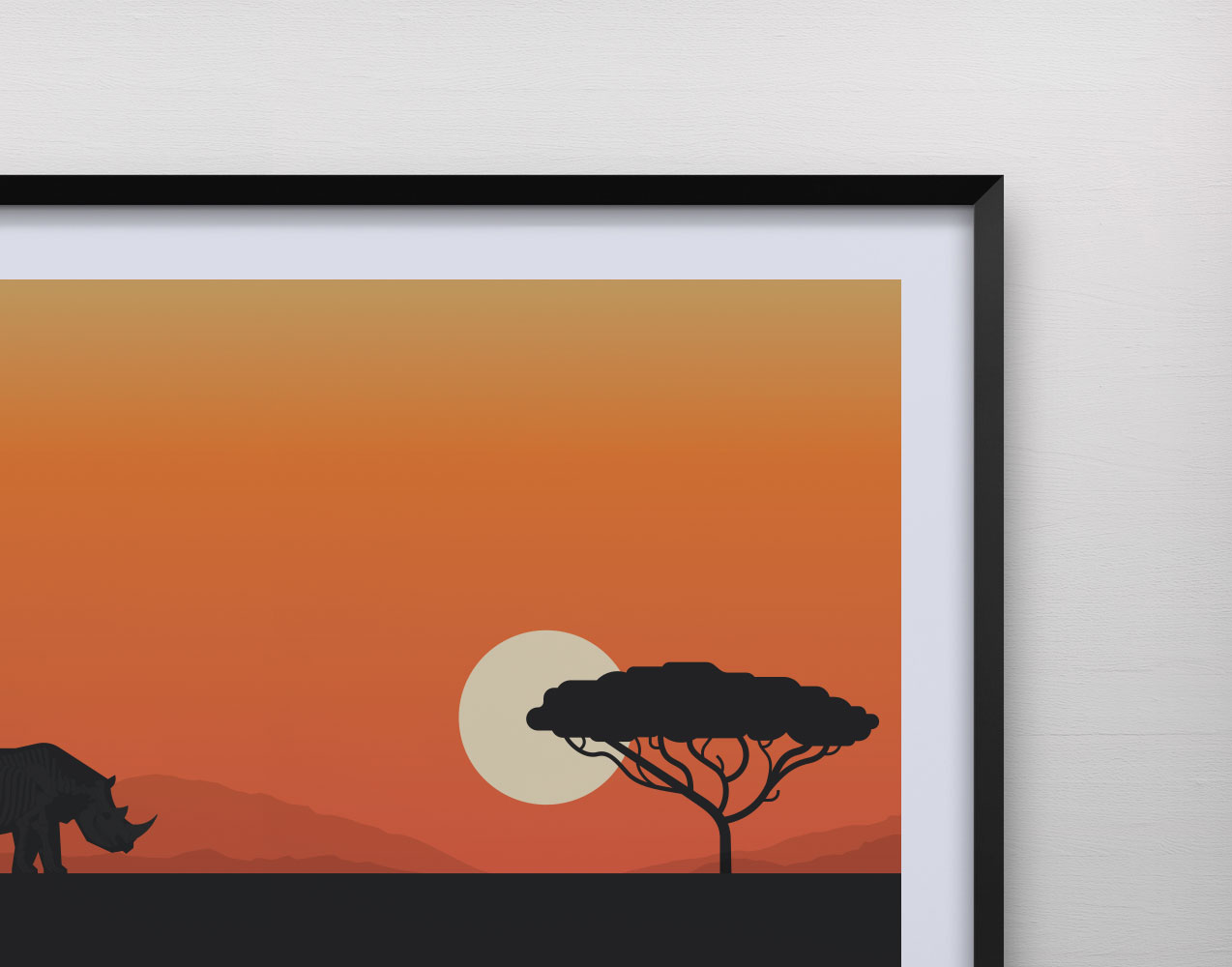 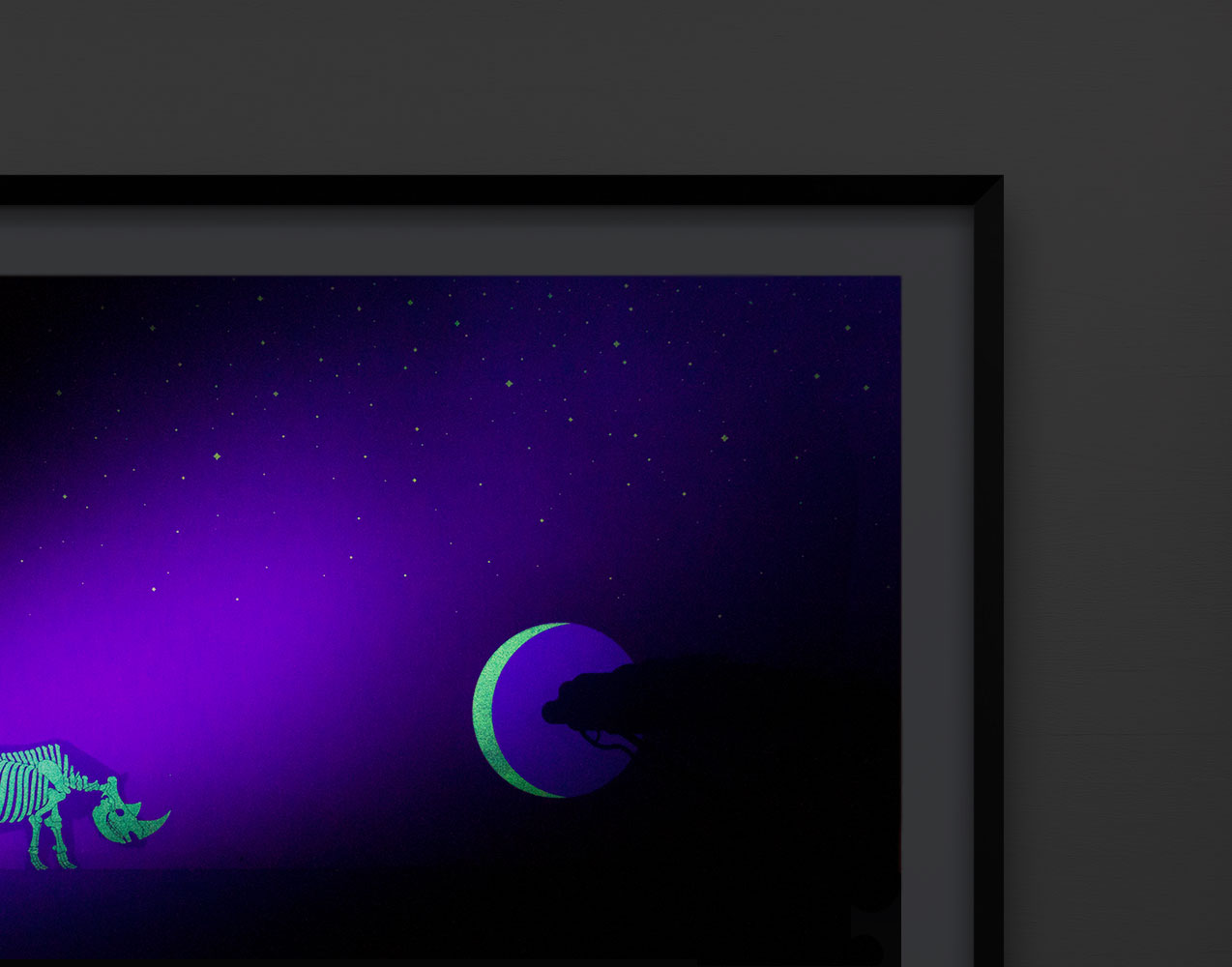 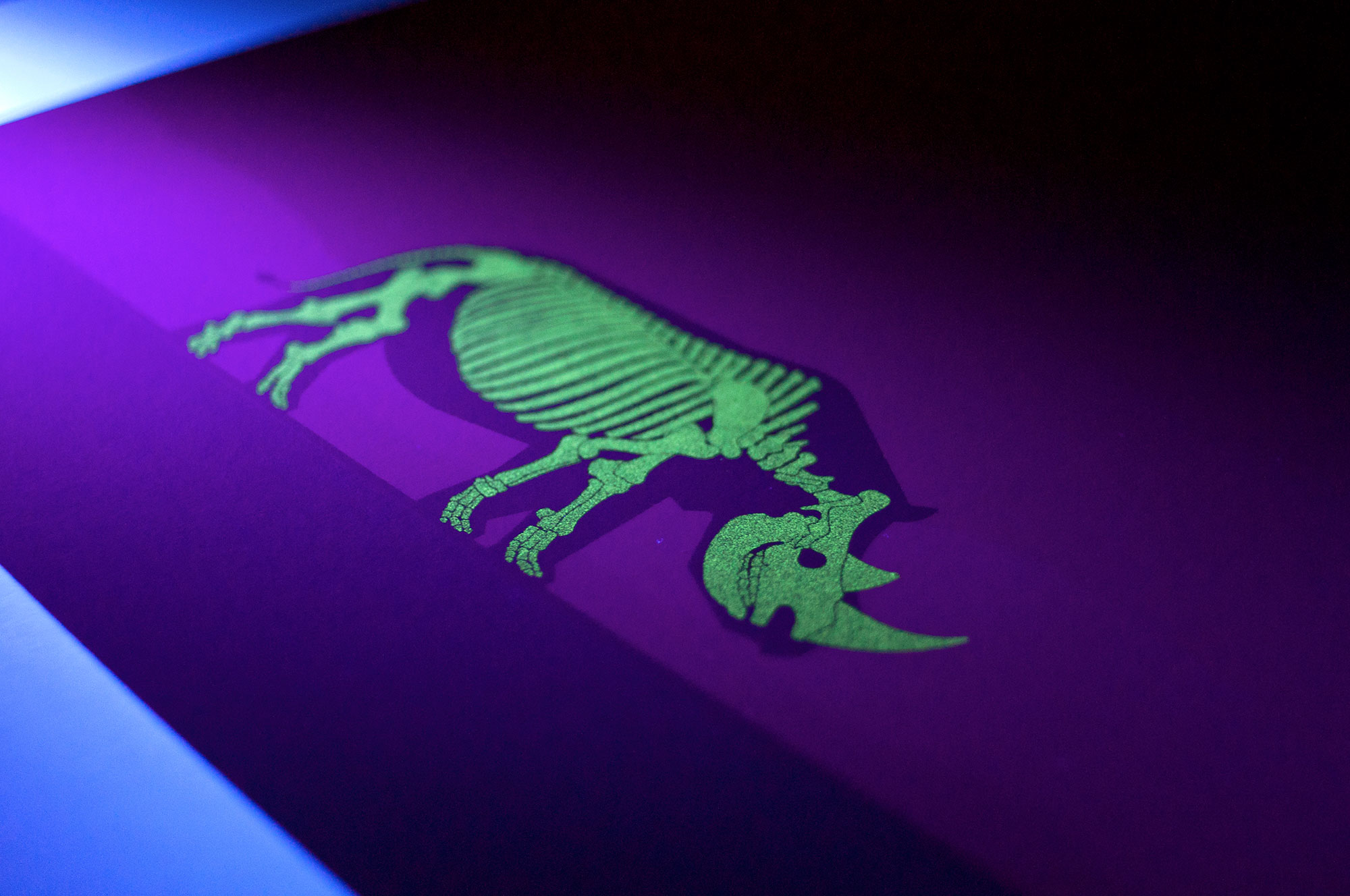 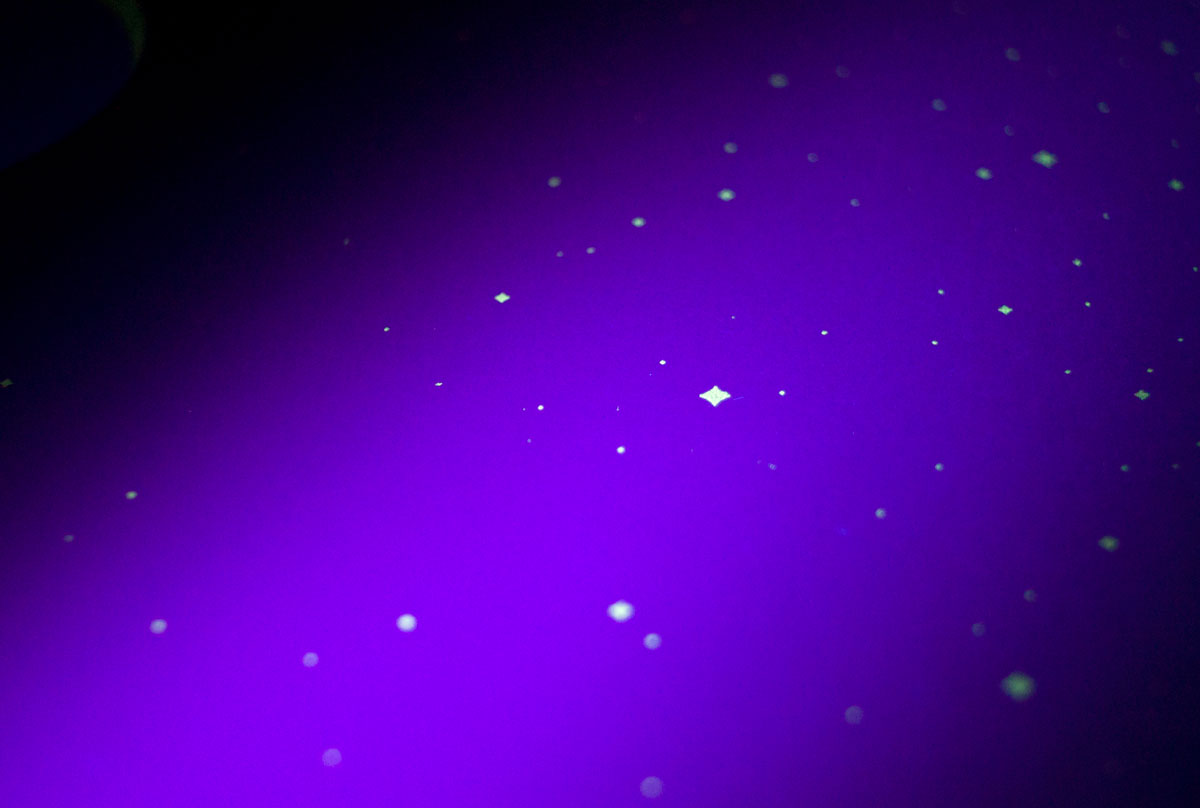 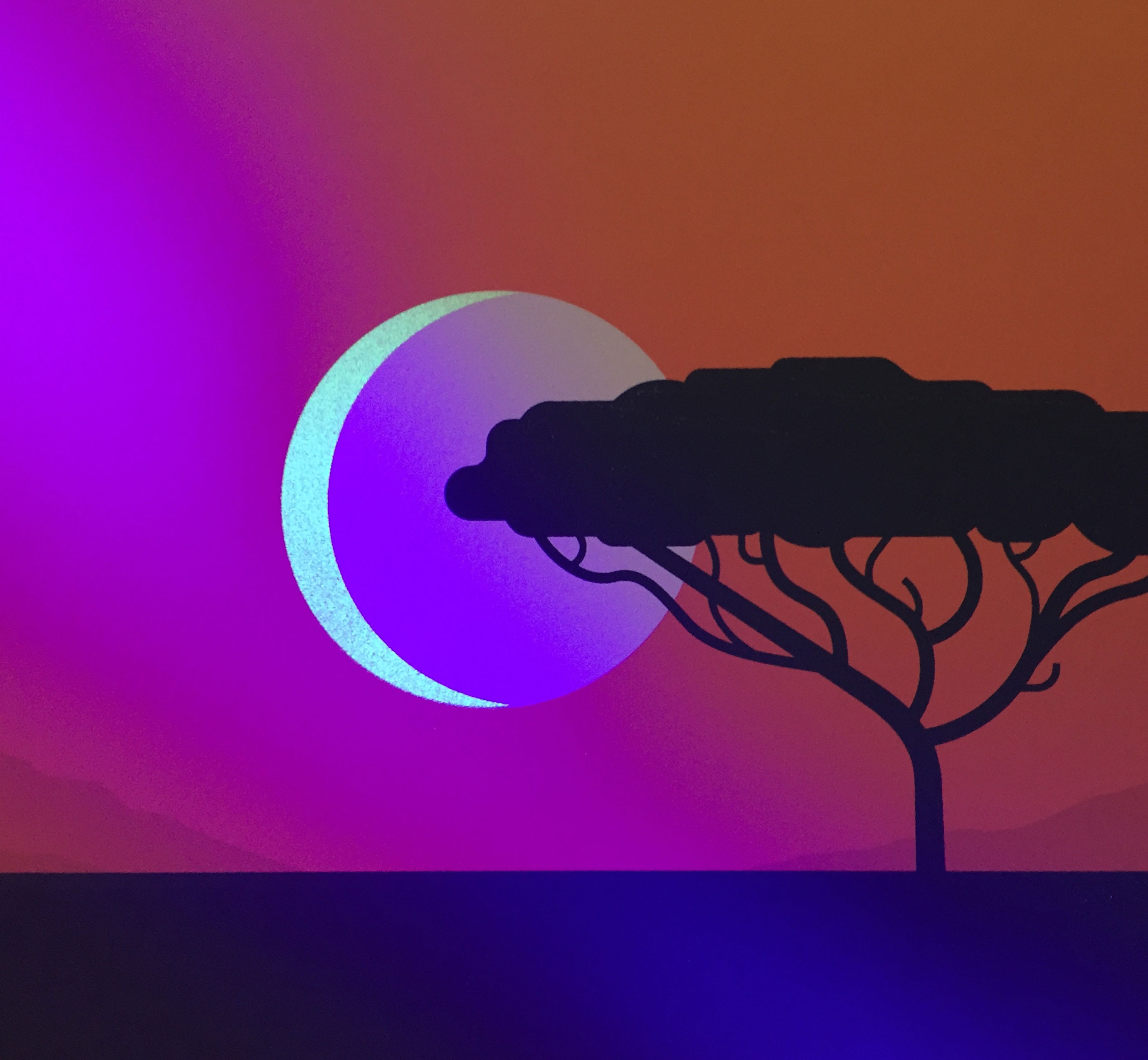 An ambassador for his species

“He was a great ambassador for his species and will be remembered for the work he did to raise awareness globally of the plight facing not only rhinos, but also the many thousands of other species facing extinction as a result of unsustainable human activity.” 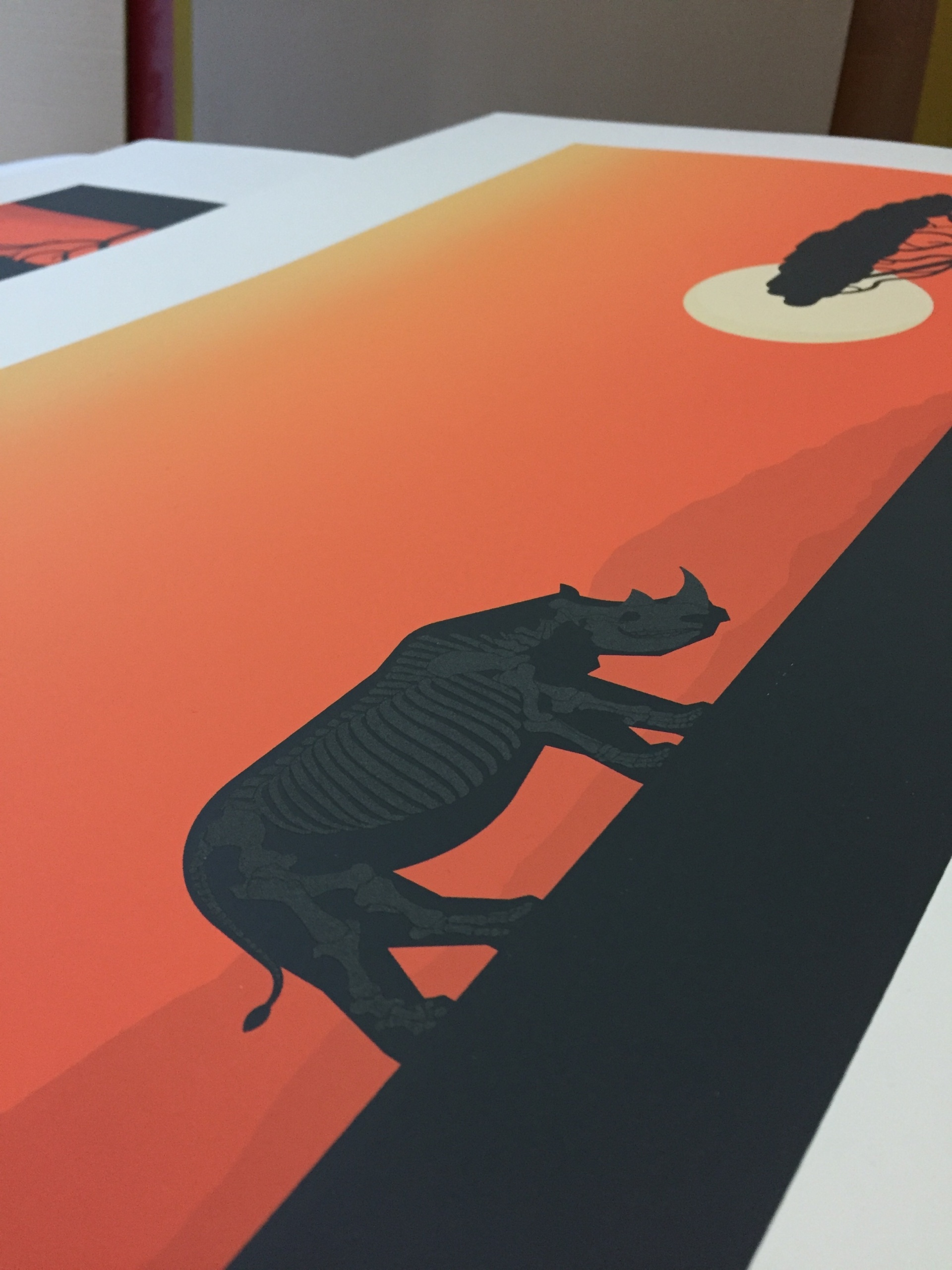 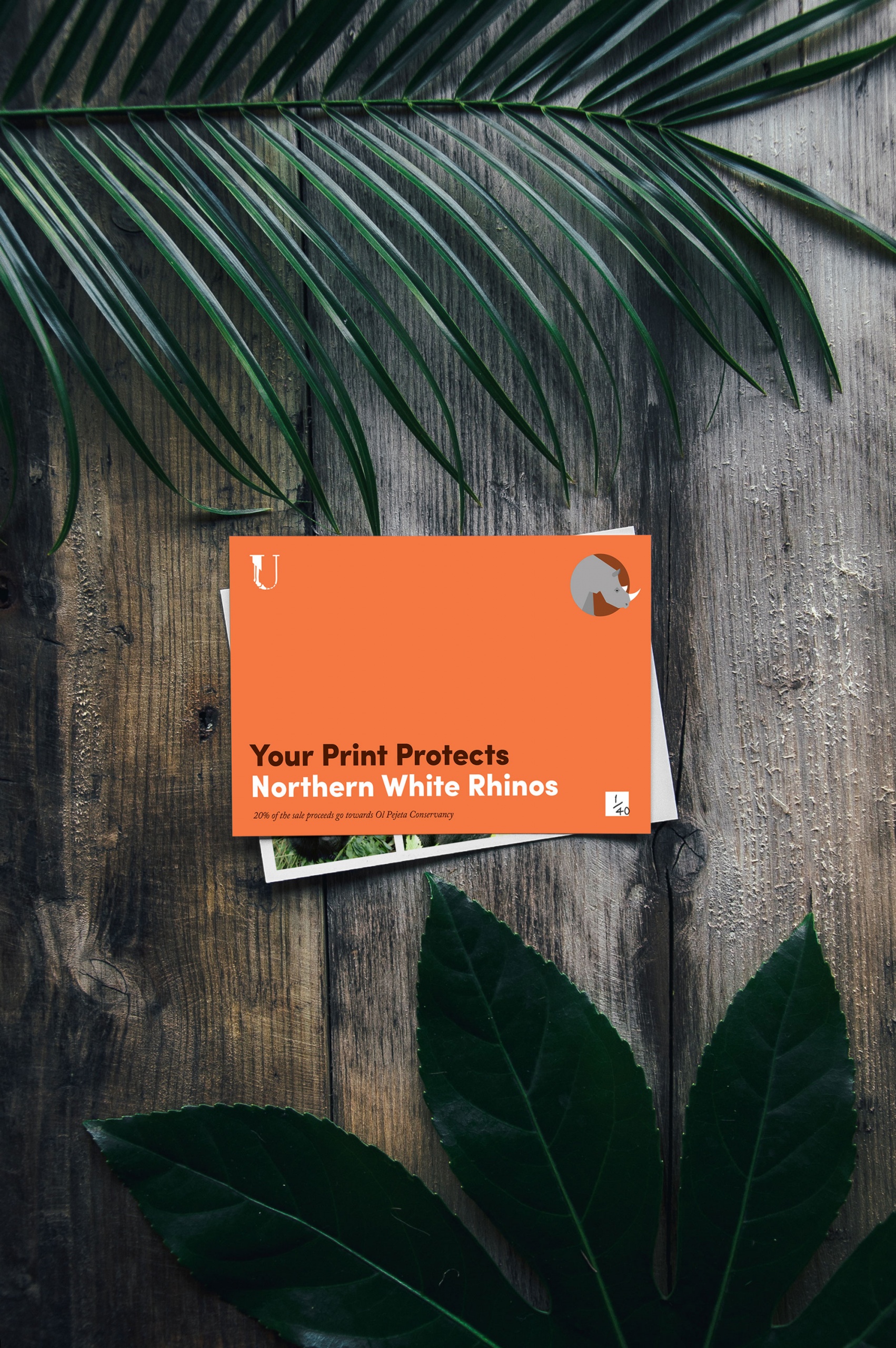 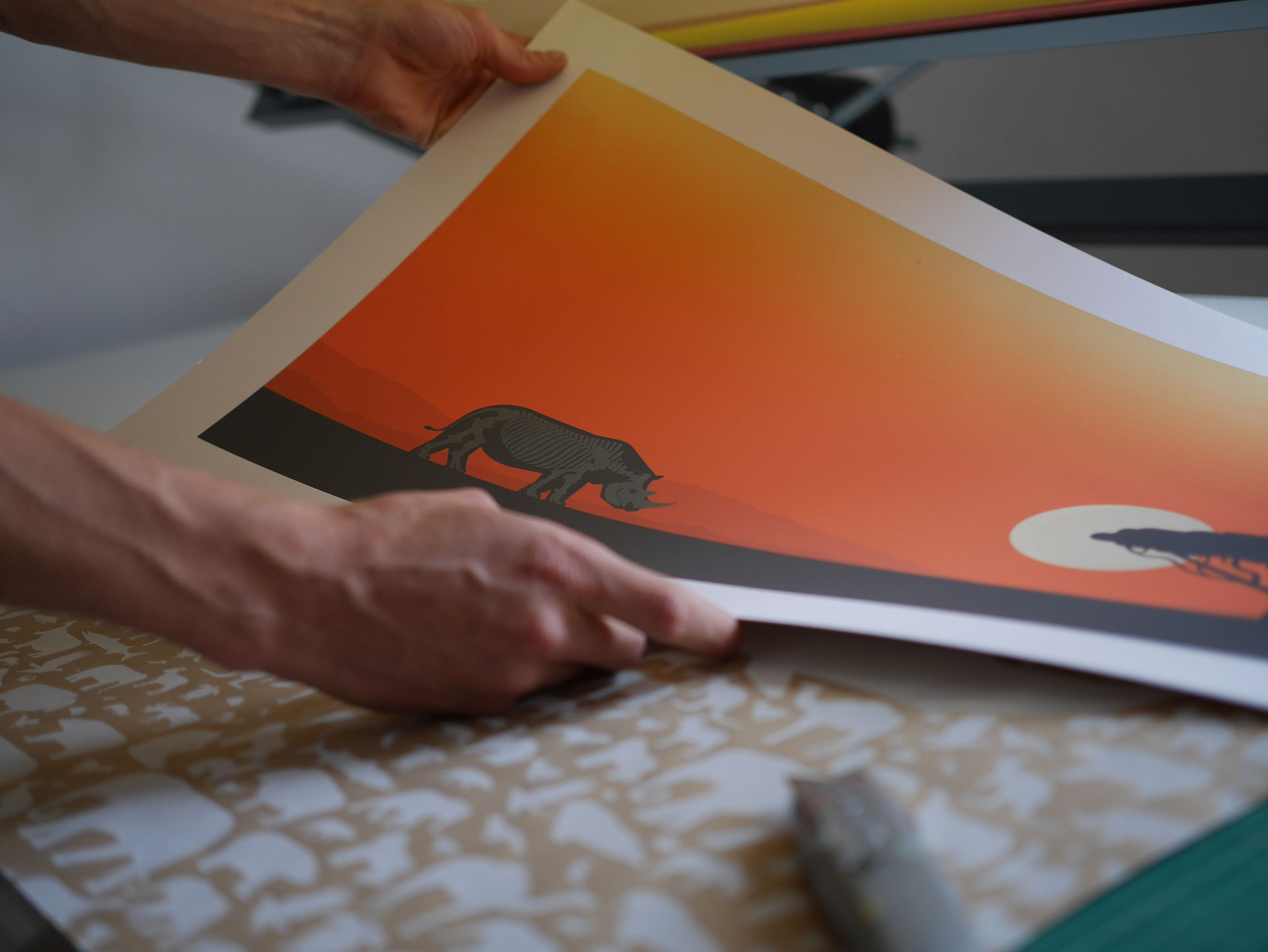 Charity card – price breakdown of how Ol Pejeta Conservancy use donations to protect the species. 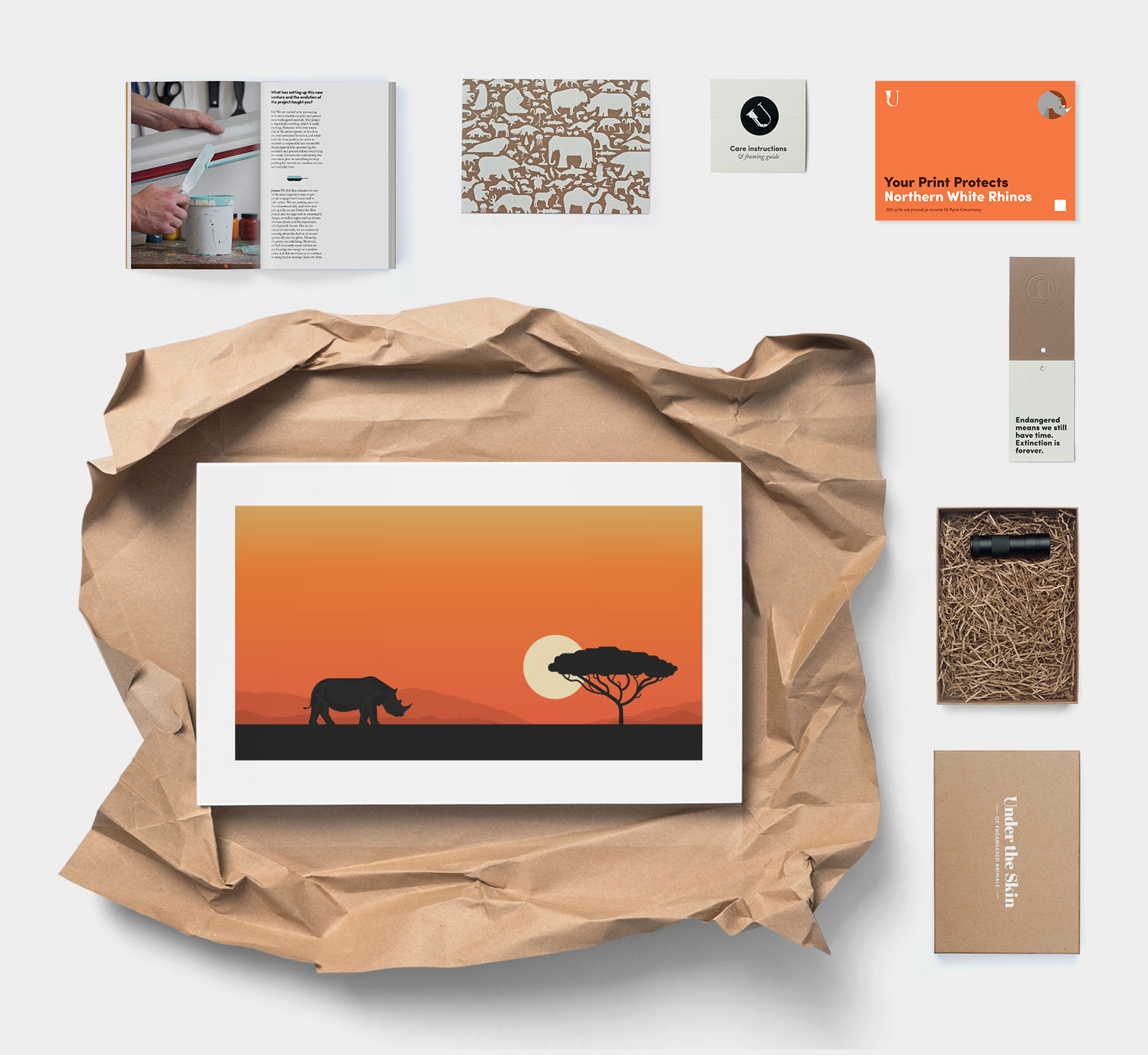 This limited edition artwork has been designed and hand screenprinted by Ed and James in a run of just 100 prints. They use Fedrigoni’s 350gsm Freelife Cento, a carbon balanced paper that Fedrigoni create in collaboration with The World Land Trust. Numbered and embossed, this interactive screen print is comprised of six layers of water-based pigment ink, finished with the all-important phosphorescent ink that for the hidden skeleton that magically appears under UV light, all that remains if a species falls into the darkness of extinction. 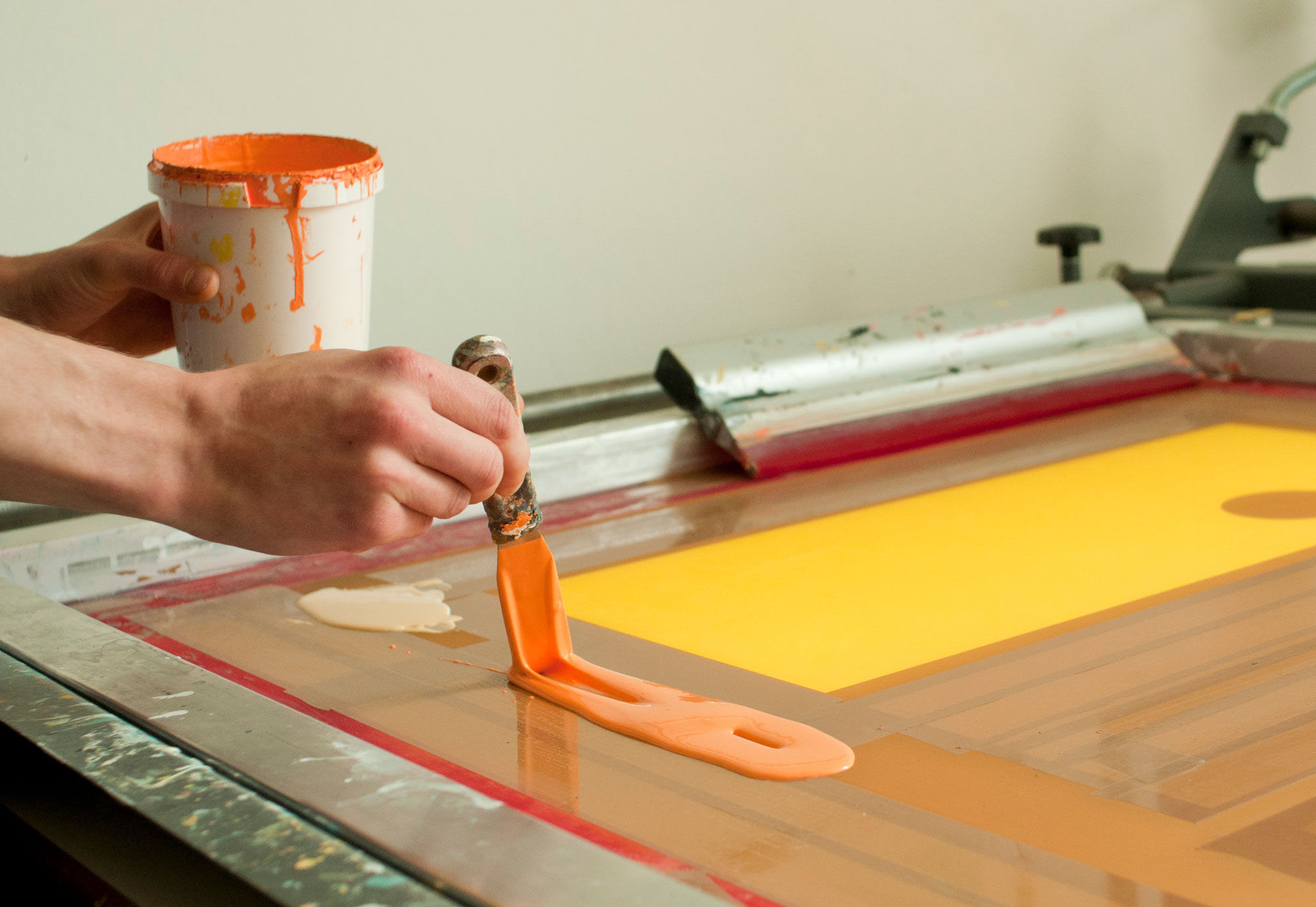 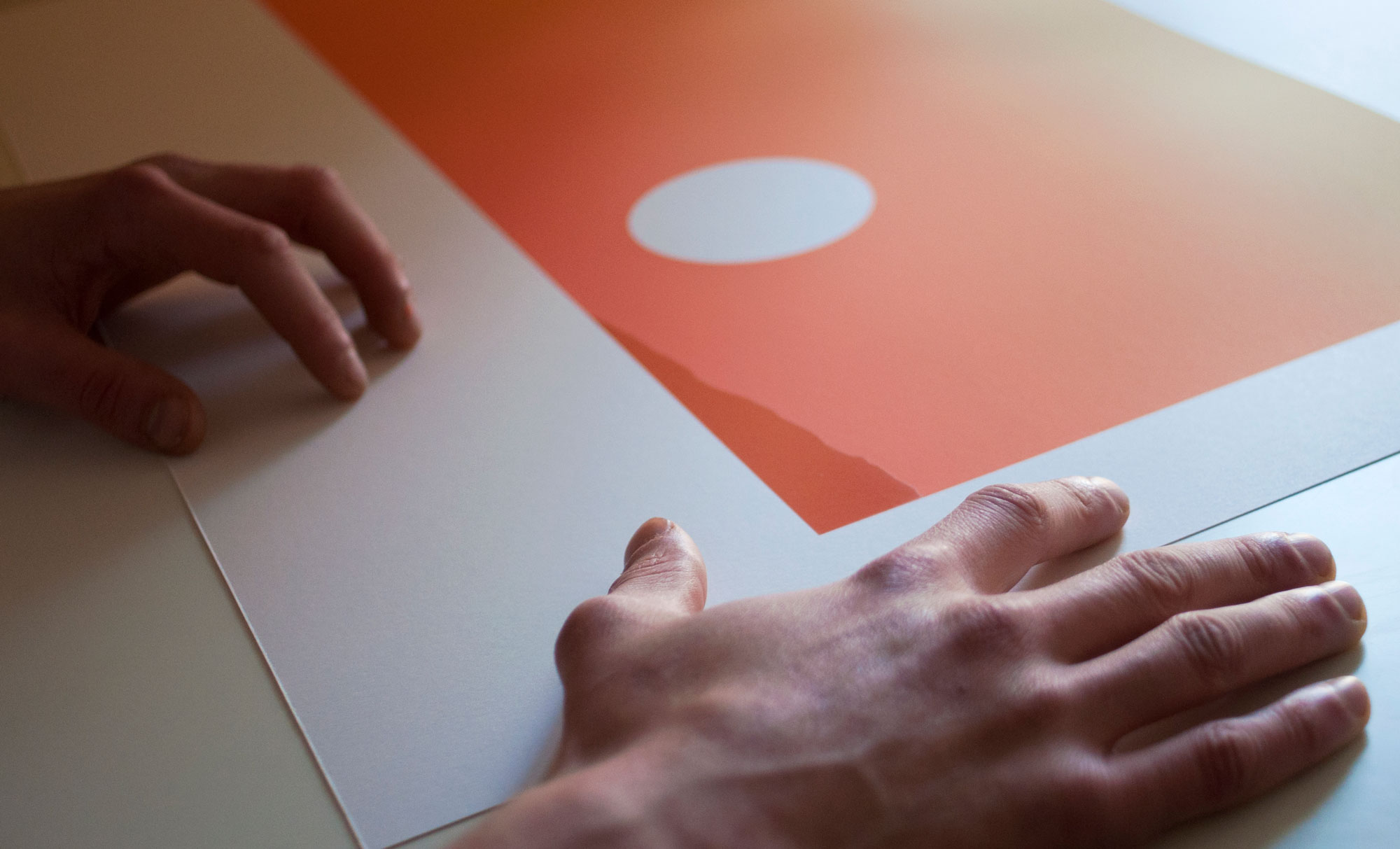