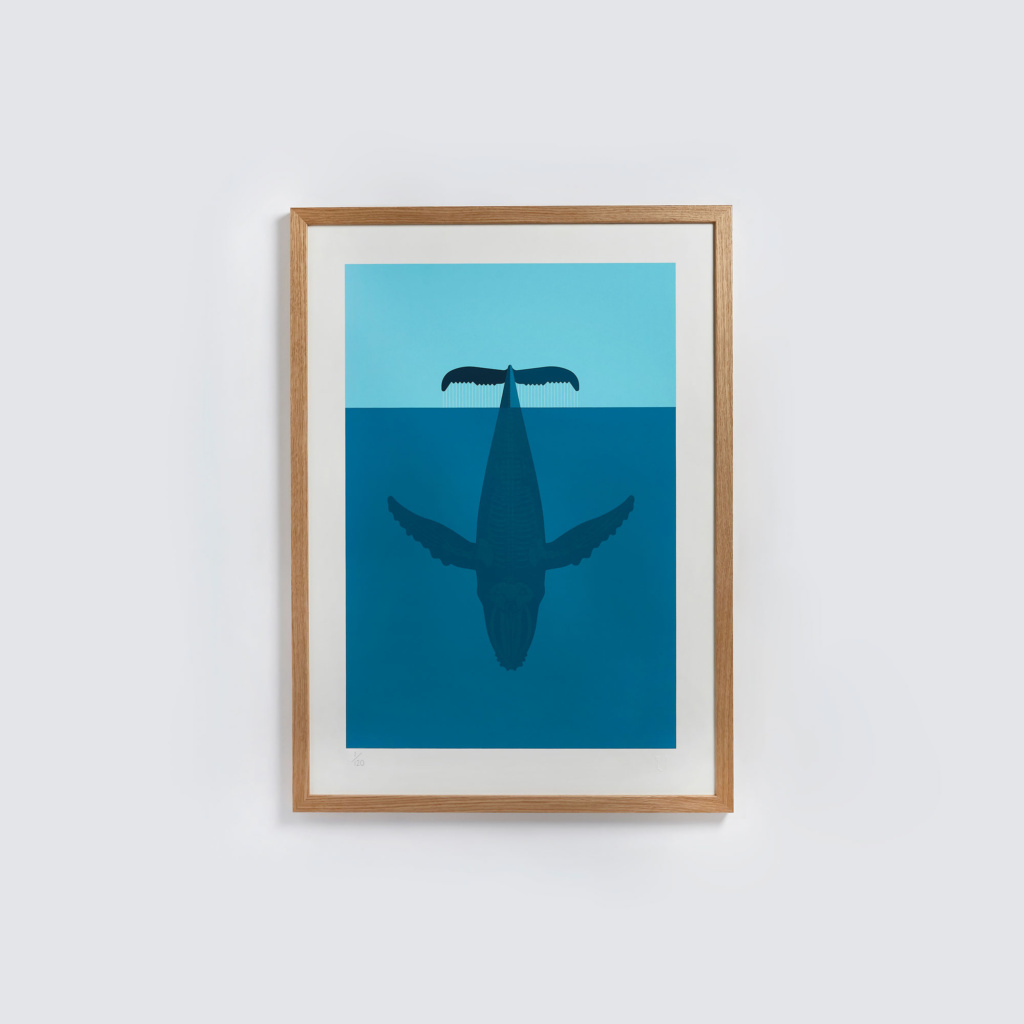 A handcrafted, interactive screenprint that celebrates the epic anatomy of the humpback, the most energetic of whale species that migrates the world’s oceans.

This print protects
Our Ocean

This handcrafted, interactive piece of artwork celebrates the beauty and vulnerability of the most energetic of whale species that migrate the world’s oceans.

Created in exclusive partnership with the Lonely Whale, 20% of proceeds from this print support the Ocean Heroes Network, co-founded by Lonely Whale, empowering youth ages 11-18 to take action against plastic pollution in their communities around the world.

Charity card – price breakdown of how Lonely Whale use donations to protect the species.

This screen print has been designed and hand-printed by brothers Ed and James Harrison in a limited edition of just 120 prints.

They use Fedrigoni’s 350gsm Freelife Cento, a carbon balanced paper which Fedrigoni create in collaboration with The World Land Trust. Numbered and embossed, this interactive nine-layer screen print is comprised of eight layers of water based pigment ink, finished with one layer of phosphorescent ink.