The star-crossed love story of the wandering albatross

Two years have passed since he last saw her.

Returning to the same remote island he fledged from decades ago, a wandering albatross spots his lifelong partner among the crowd of seabirds and swoops down from the sky to greet her.

The bird’s 3.5-metre wingspan casts a tremendous shadow over the nest he’s helped his partner to tend for generations. Dressed in pristine white feathers, she’s stood and watched the rolling ocean from her exposed balcony like a bride waiting to renew her wedding vows.

The birds face one another and tilt their heads to the sky, calling out to the heavens to signal the start of their biennial courtship ritual. They fan their wings in the howling wind before nestling into an embrace, preening their beaks through each other’s feathers and feeling the familiar comfort of home.

The next few weeks will be precious. Together, this loyal pair will incubate a single egg, which will eventually hatch into a fluffy chick. Parenting duties are shared out equally, with one bird defending the nest from prowling predators while the other hunts for squid and crustaceans to keep the family fed.

Times have gotten tough for albatrosses over the years. With every breeding season that passes, the challenges mount for our pair.

Seabirds often forage for bait or discarded fish around fishing vessels in the hope of an easy catch, but the methods used by these fishing crews can prove to be deadly. Birds can become impaled on sharp fishing hooks and helplessly drown, unbeknownst to their families back in the nest. 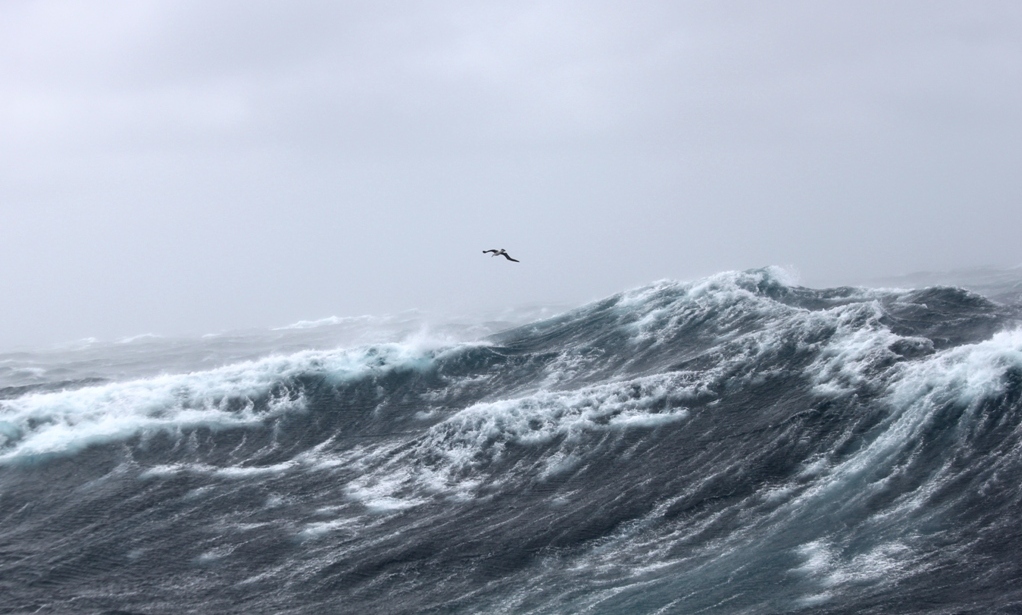 Albatross fishing trips can last up to 20 days where they can cover distances of 10,000km. Photo credit: Dimas Gianuca

Then there’s the plastic: a rising tide of litter polluting the ocean, which seems to cruelly mimic the food an albatross relies on. In times of scarcity, a transparent bag can be mistaken for a juicy squid, while small shards of plastic take the appearance of fish floating in the water. Accidentally ingesting this debris can be a fatal error; albatrosses and their chicks regularly die from eating the plastic that plagues our seas.

Our male was lucky today. Back from his hunt he’s welcomed eagerly by partner and child. The parents take turns nurturing their chick, watching the sky turn dark as they huddle in the midst of a roaring Antarctic gale.

It’s tragic that the existence of an iconic bird like the wandering albatross should be threatened by the activities of humans. Thankfully, there are people who have taken responsibility for the damage caused by society’s negligence, who are fighting to ensure that seabirds survive the environmental crisis.

Two charities at the forefront of albatross conservation are the RSPB and Birdlife International, the founding partners of The Albatross Task Force.

By working both on board vessels, showing fishing crews simple ways to stop killing seabirds, and with government to implement regulations, The Albatross Task Force have demonstrated that things can drastically change for the better. South Africa has been a shining example of how this can work, with an astounding 99% reduction in albatross deaths in the demersal hake trawl fishery since the team started there in 2006. 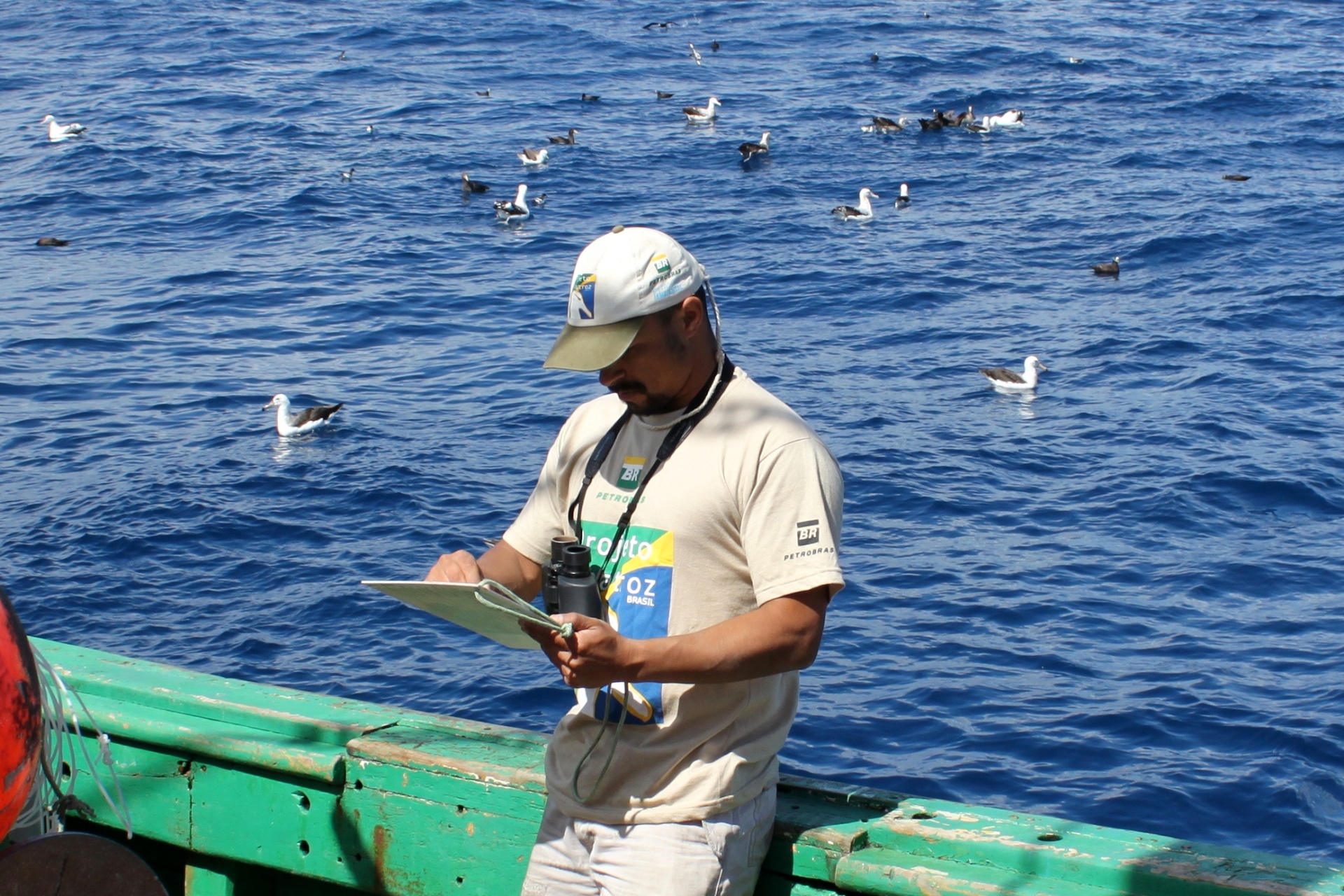 Another important project involving the RSPB is the Seabird Tracking Database. As the biggest seabird tracking database in the world, it tracks the global distribution of albatrosses and other seabirds to determine the most important areas for conservation efforts to focus on. 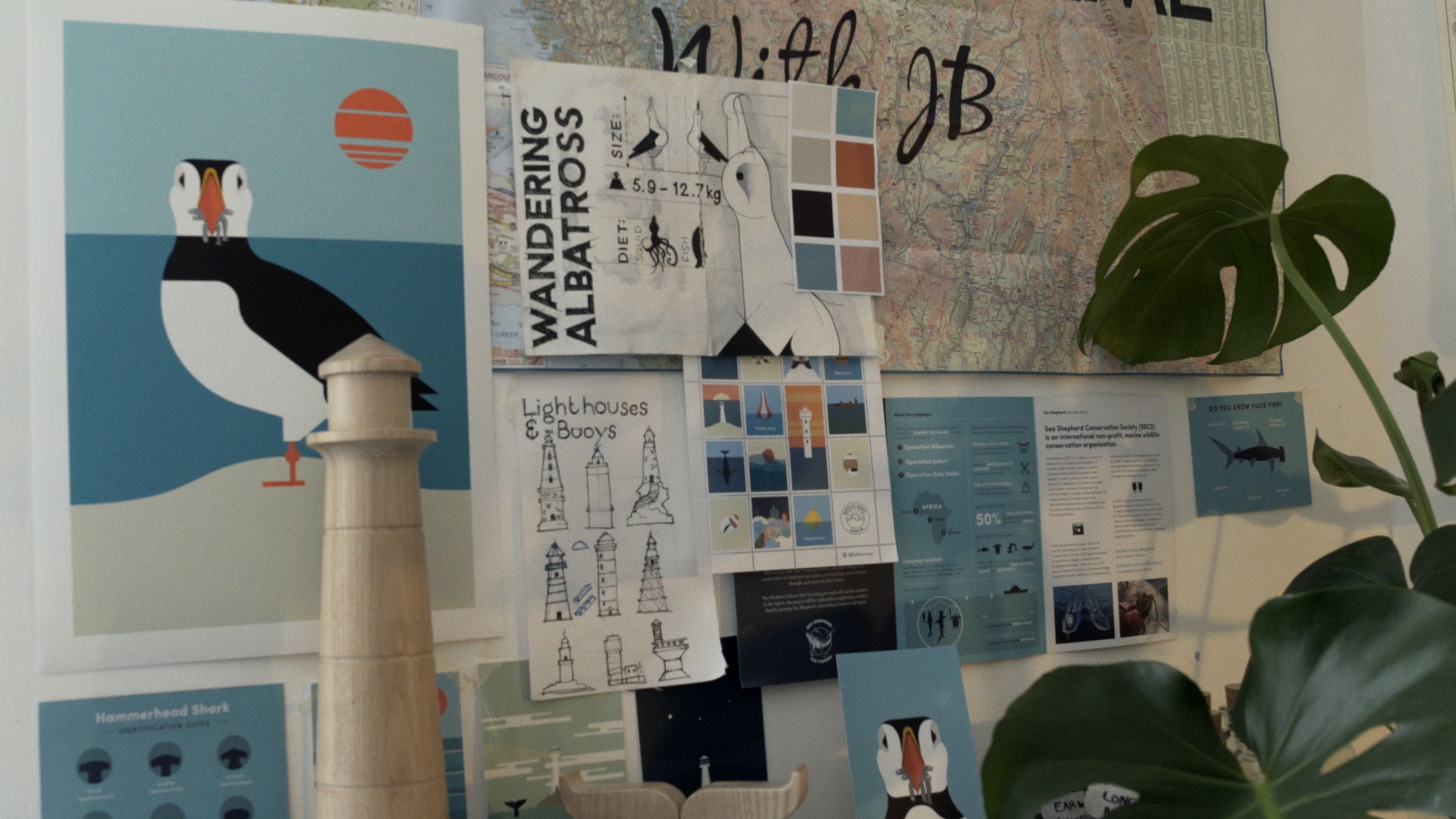 We want to help save the albatross, too. So, to support the work that’s vital to protecting these majestic animals, we’ve produced a limited edition albatross screenprint. As always, 20% of the proceeds from each print sold will be donated to a charity that’s actively working to protect the species depicted – in this case, The Albatross Task Force. It’s our hope and belief that we can use our craft to help shine a light on threats to albatrosses, saving thousands of seabirds from a needless death each year.

James getting his hands dirty in the print studio. Photo credit: Luke Ripley

Our artwork showcases the lifelong bond between a pair of wandering albatrosses. This is truly one of nature’s most iconic and enduring partnerships – we hope our print provides a meaningful keepsake for anyone who believes in the lasting power of love, while also celebrating the epic anatomy of the world’s largest seabird.

Thanks for supporting our work as artists and conservationists. If you’ve been inspired by the words in this story, we hope you’ll consider buying a print and sharing the article.

Matt is a freelance writer and journalist. His articles have appeared in publications including The Guardian and World of Animals.