The Wallace Series - Under the Skin of Endangered Animals

The Wallace Series is a collection of handcrafted screen prints inspired by the travels and theories of Alfred Russel Wallace that celebrates some of the magnificent yet endangered species of one of the most vibrant and biodiverse regions on the planet, the Malay Archipelago.

Each animal in the series was chosen to show the breadth of the Malay Archipelago’s rich biodiversity and wealth of endemic species. The series includes the Bornean Orangutan, Sunda Pangolin, Yellow-Crested Cockatoo, Forsten’s Tortoise, Sun Bear, and Bornean Pygmy Elephant.

Wallace used his incredible discovery of 'The Wallace Line' to reach his theory of evolution through natural selection.

The Malay Archipelago includes islands of Indonesia, East Malaysia, East Timor, Philippines, Brunei, and Singapore, and spans lusciously diverse and dynamic landscapes. From fine white sandy beaches, sweeping coral reefs and clear azure seas, to bubbling volcanoes, dense verdant forests and impenetrable mountains, it is home to some of the richest and most biodiverse environments on the planet. Across the many islands, Wallace sought out and collected the much coveted flora and fauna that would provide new knowledge on the region’s biota, and would go on to adorn museums and private collections all over the world. 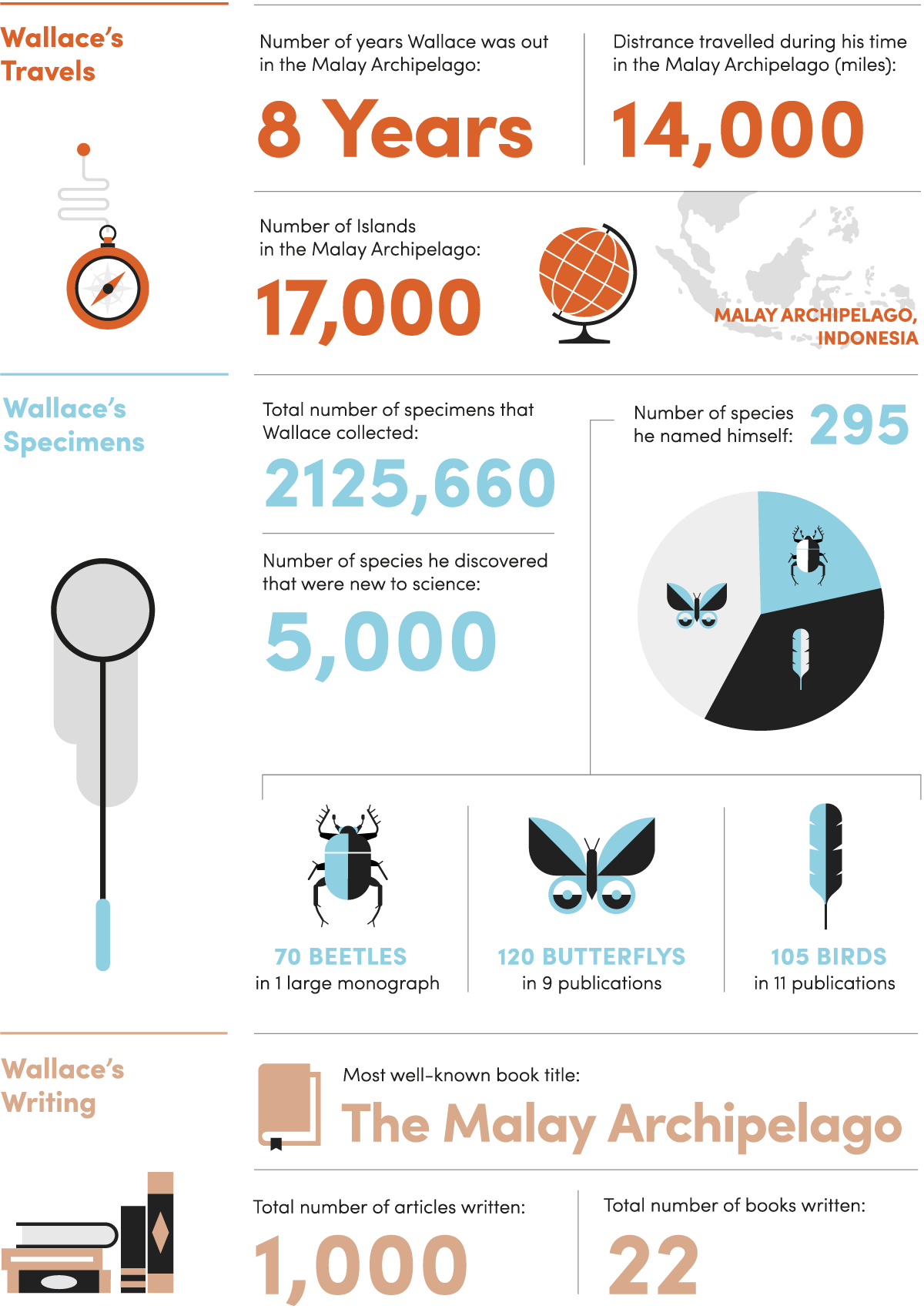 Wallace’s collecting prowess in the Malay Archipelago earned him pride of place in the history books as one of the modern world’s greatest scientific adventurer-explorers. Amongst the 125,000 specimens he collected in the region, Wallace discovered a staggering 5,000 new species, and his study on the adaptations of the region’s tiger beetles earned him the accolade ‘independent co-discover of the theory of evolution through natural selection’, alongside Charles Darwin.

In April 2016, Rachel Taylor and Jody Daunton, co-founders of Another Escape, packed their bags, sunscreen and bug spray, and headed out to the tropics, to one of the islands where Alfred Russel Wallace spent time during his trip to the Malay Archipelago: Borneo.

With its luscious 140-million-year old rainforests teeming with life, many scientists believe Borneo to have the richest biodiversity on the planet, with thousands of flora, fauna and fungi species, and scientists still discovering more. Bornean orangutans swing through the leafy canopy, proboscis monkeys sit high in the riparian trees feasting on fruits, clouded leopards secretly skulk in the dewy undergrowth, and colourful birds bellow their chorus song from the treetops. Yet, despite its vitality, the region’s rainforests and their complex ecosystems are vulnerable, and sadly many species are facing the threat of extinction. 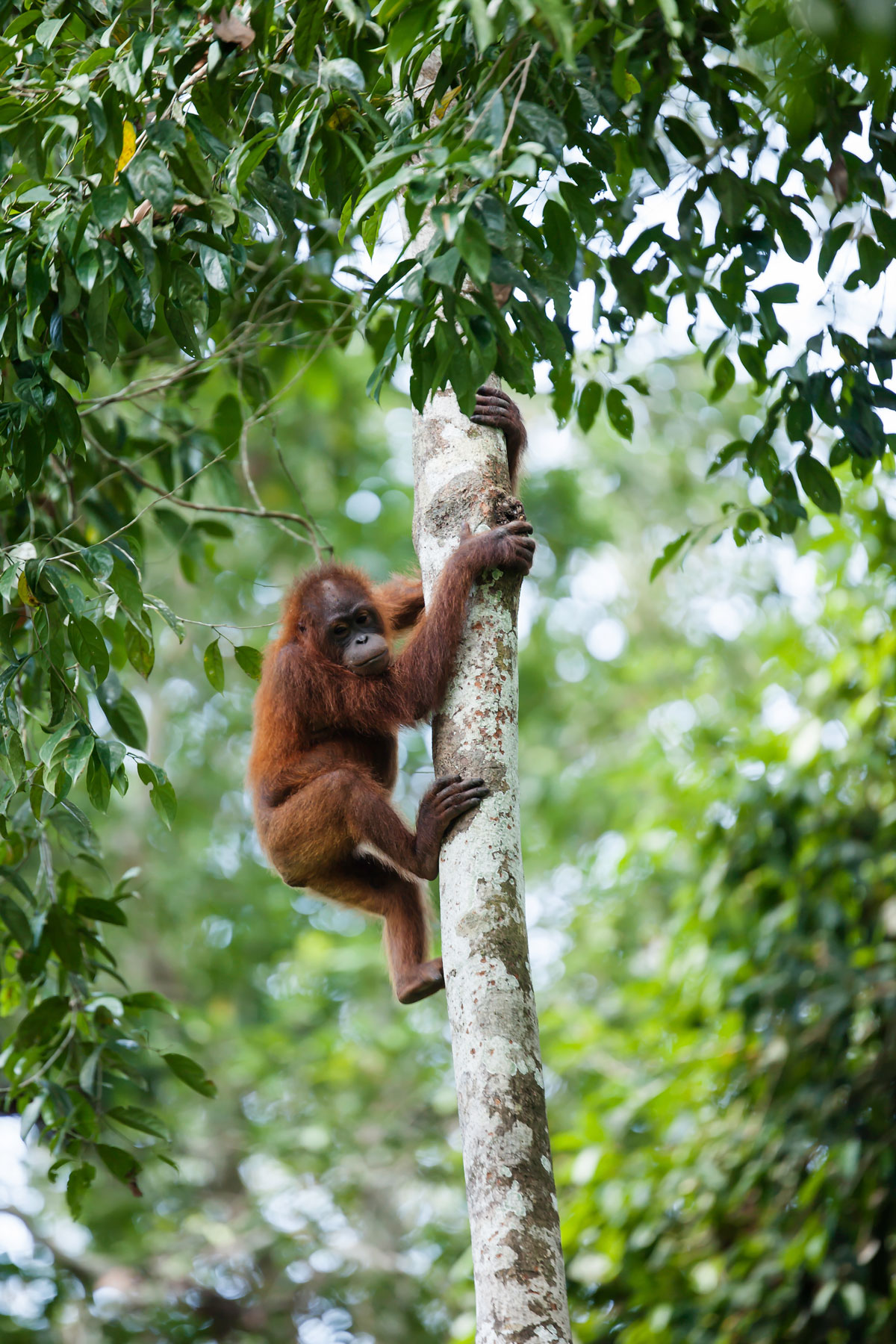 Tragically, as Wallace predicted during his time in the region in the 19th century, many of the region’s animals are now facing extinction.

Today, the tropics are seeing some of the fastest degradation of wilderness the world over, and many species are facing extinction due to habitat loss, climate change and poaching. In the 19th century, Alfred Russel Wallace remarked on the fragility of these tropical lands, and he foresaw a time when many species could face pressures from mankind.

20% of proceeds from each print goes to a dedicated organisation on the ground working to protect and conserve the animal.

Find out more about the charities.

Inspired by this fascinating naturalist and his groundbreaking work in the Malay Archipelago, The Wallace Series intends to shine a light on the problems felt by animal populations across the region, whilst giving back to people on the ground working to protect them. Through raising awareness and funds, we hope to help ensure that our future generations won’t need to visit a natural history museum to experience these incredible creatures.

The prints are finished with an ultraviolet layer illuminating the animals’ skeletons; when the lights are turned out and a ultraviolet light is shone upon the print, the skeleton will glow, showing all that will remain if the species falls into the darkness of extinction.

Prints in this series

High risk of extinction in the wild.
Endangered

High risk of endangerment in the wild.
Vulnerable
Explore all prints
View the booklet